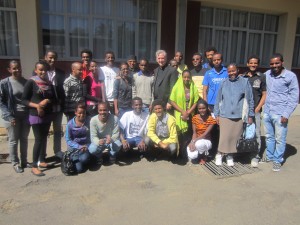 Fr. West with students of Ethiopia for Life

The African nation of Ethiopia has a Christian history which dates back to the New Testament, even before Saul’s conversion. In the Acts of the Apostles, we learn that Philip baptized an Ethiopian eunuch who was a member of the court of Queen Candace. Happily, Ethiopia has not abandoned its ancient roots in the faith: about 63% of Ethiopians are Christians, the majority of whom belong to the Ethiopian Orthodox Church.

Ethiopia has a population of over 84 million, which makes the Eastern African nation the 14th largest country in the world. By way of contrast, the State of California has a population of just over 38 million people. But Ethiopia has plenty of room: they have a population density of 79 people per square kilometer, compared to 260 people per square kilometer in the much richer United Kingdom. This fact is often overlooked by those who look at Africa and see only too many people, and view babies as obstacles to “progress.”

With the 13th highest fertility rate in the world, Ethiopians have an average of 5.39 children per woman, making the nation a prime target of Western population controllers.

On the Need to Defend Pro-Life Culture

When I traveled to Ethiopia this past December I spoke with bishops, students and pro-life leaders who, while dedicated to defending life, were surprised just how far reaching and organized the population control agenda had become in Africa. For many it was a wakeup call that a renewed and refocused pro-life movement is needed in Ethiopia.

As in dozens of other countries in Africa and around the world, Human Life International (HLI) uses its limited resources to support the local pro-life mission in Ethiopia. In many African countries, HLI is the only organization providing valuable pro-life training and resources. Father Aloysius Mugisha, AJ (a priest of the order of Apostles of Jesus), is HLI’s country director in Ethiopia, and was my generous host. He is a native Ugandan, but has come to know and love Ethiopia and her people. He speaks the native Amharic language fluently, and helped to make sure people understood the very serious situation I described in my presentations and conversations.

During my first full day in Ethiopia, I offered Mass for 30 leaders of Ethiopia for Life, a dynamic group of students from various universities in the capital of Addis Ababa. In my homily, I reflected on the life of St. Leo the Great, who saved Rome from a barbarian invasion in 452 A.D.

As in St. Leo’s day, there is a vicious type of barbarism that we find today – attacks on the most vulnerable human life. The new barbarians, however, are very sophisticated, and claim not to be bound by the moral restrictions of the past. Since population control fell out of favor decades ago, they now wage the same war against the people of developing nations with the falsely inspiring language of “reproductive justice,” “maternal health,” and “safe motherhood.” Yet their methods are exactly the same: abortion, contraception, euthanasia, basically any means of eliminating the “unwanted.” 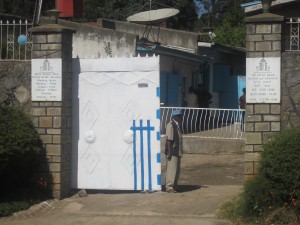 The Germans also thought of themselves as very sophisticated. Before World War II, their society was the most literate in the world. But even before the Nazis came to power, these “sophisticated” barbarians were euthanizing mental patients and others with various imperfections. Their aim was to create a master race, and some of the most eminent scientists were involved.

This was also the aim of Margaret Sanger, the founder of the organization now known as Planned Parenthood, to create “a race of thoroughbreds.” Marie Stopes, a friend and colleague of Sanger, also was a racist and eugenicist. She founded the Society for Constructive Birth and Racial Progress, which eventually became the eponymous organization that is most active in Africa today.

I asked the students to pray to Pope St. Leo the Great and ask him to help us overcome this new barbarism, that we might create a culture in which life is respected at every stage, and to preserve the faith. Right action follows from right belief. The false philosophies of the 19th century led to the atrocities of the 20th, as well as to the lack of respect for human life that we see today.

After Mass, I gave a presentation to the students on the population control agenda. Bishop Lisane-Christos Matheos Semahun, Auxiliary Bishop of Addis Ababa, also attended. They were alarmed to hear that Ethiopia was one of the 13 countries targeted by the United States for population control since the 1970s. On December 10, 1974, the United States National Security Council promulgated a top secret document entitled National Security Study Memorandum 200 (NSSM-200), also called The Kissinger Report. It was subtitled “Implications of Worldwide Population Growth for U.S. Security and Overseas Interests.” Declassified in 1989, the document laid out a detailed strategy by which the United States would aggressively promote population control in developing nations in order to regulate (or have better access to) the natural resources of these countries. 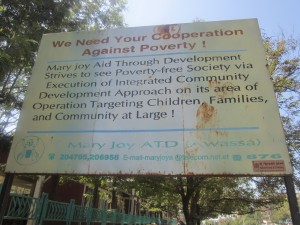 The document stated “The U.S. economy will require large and increasing amounts of minerals from abroad, especially from less developed countries. That fact gives the U.S. enhanced interest in the political, economic, and social stability of the supplying countries.” Ethiopia was one of 13 nations named that would be primary targets of U.S.-funded population control efforts. Other countries named were India, Bangladesh, Pakistan, Nigeria, Mexico, Indonesia, Brazil, the Philippines, Thailand, Egypt, Turkey, Ethiopia and Colombia.

You might ask why a policy adopted during the Nixon administration is relevant today, especially since it is unlikely that most of today’s bureaucrats and population control advocates even know of its existence. It is relevant because the assumptions and recommendations of this troubling document are now those of the international development industry, which is funded by governments of wealthy nations and Western multi-billion dollar foundations. A policy that was classified due to the very reasonable assumption by its authors that there would be an uproar if it was know that the most powerful government in the world saw the people of developing nations as obstacles to its own flourishing, is now the basic framework of the international development industry, and its strategies and tactics are now considered “best practices,” just as the language used in their implementation is now “pro-woman” rather than “population control.”

Our brothers and sisters in Ethiopia and other developing nations deserve to know that those bearing gifts from wealthy nations have an agenda. There are often strings attached to the huge financial grants dangled in front of the leaders of these nations, and these strings will ultimately tie down, and not empower, Africans. 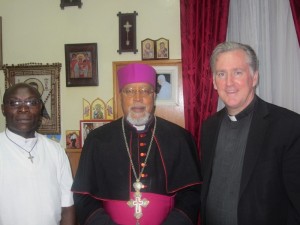 A Strong Clergy can Make a Difference

Bishop Semahun was so alarmed at the array of forces seeking to limit the population of Ethiopia he pledged to focus the rest of his Episcopal ministry on the defense of human life and the family. Thankfully, the Archbishop of Addis Ababa, Berhaneyesus Demerew Souraphiel, C.M., has also been very supportive of the pro-life ministry in Ethiopia. The support of the Catholic Church in Africa is essential in responding to the threats of population control and the anti-life agenda.

While pro-life leaders, including many Catholic clergy, are well aware of the great evils posed by the Culture of Death, it’s hardly possible for any one person or one group to confront and defeat them all. The pro-life movement in Africa is growing, but supporters of their efforts don’t have the billions of dollars spent every year to suppress the Gospel of Life and undermine Africa’s traditionally life-loving culture.

As we go through our daily activities, we should be mindful and keep in prayer the students of Ethiopia for Life, as well as Father Aloysius, Ethiopia’s bishops, and all those working diligently to strengthen a Culture of Life in nations that still value children. May they have the courage of St. Leo to stand against the forces of evil in our day.