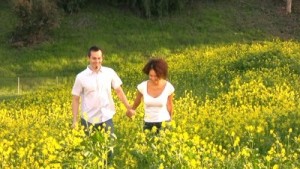 These days, it seems we all know young couples who are living together— a friend, perhaps, or even a son or daughter. With cohabitation so common, living together hardly causes “scandal” anymore. In fact, when a government study found last year that 48% of young women cohabited with a partner as a first union, one media outlet called living together the “new normal.”

So perhaps it shouldn’t come as a shock when officials in the Diocese of Phoenix, Ariz., report that upwards of 90% of young couples in the Catholic marriage preparation program are already living together — with many sexually active and contracepting. And, they say, that’s reflective of the numbers in marriage prep programs nationwide.

As presenters in Phoenix’s marriage preparation program, Steve and Becky Greene are well aware of the challenge. Bishop Thomas J. Olmsted revamped the program in 2010 so that couples would have a more intensive preparation for the sacrament. The program incorporates “God’s Plan for a Joy-Filled Marriage” (Ascension Press). Collaborating with another couple and a diocesan priest, the Greenes make the daylong presentation several times a year.

Parents of four young children, the Greenes also recently were emcees for the diocese’s Year of Faith Marriage Conference, sponsored in part by the Knights of Columbus.

“It can be a little disconcerting knowing you have 90% of the couples [in the class]cohabitating, many of them sexually active,” said Becky Greene. “It’s a daunting task.”

Some young couples seem to be taking the course with good intentions, but others appear to regard it merely as a hoop to jump through. “They’d really rather go and concern themselves more with planning the reception,” she said.

‘Why Haven’t We Heard This Before?’

Nevertheless, the Greenes are often surprised by the feedback they get at day’s end. It’s an indication that young couples are open to hearing the truth that the Church teaches about marriage and sexuality.

“Oftentimes we have people come up to us, and they’re so grateful,” Becky said. “You have tears from people, many who have perhaps already undergone the sterilization process and are trying to now wrap their minds around all the information they’ve gotten that day and wondering why they haven’t heard it before.

“The language we use in presenting these concepts is so counter to what they’ve been getting in the secular world,” she explained.

It was that way for Haley Abeyta and David Hernandez, a Phoenix couple who had been living together for two years before coming to the course.

“We ended up moving out, and it was because of that class,” said Abeyta, 31, a nurse at the Mayo Clinic in Phoenix. She said she was inspired by the Greenes’ life experience, particularly how Becky, once an agnostic feminist, came to know God better through Steve’s example. The way they spoke about marriage and parenthood “just spoke to our hearts,” she said. “We were driving home after that class and were just silent and felt like ‘Oh my gosh, [living apart before marriage]is something that we feel is the right thing to do for us,’ and we discussed it and prayed about it for a few days and spoke to our families about it.”

“God’s Plan for a Joy-Filled Marriage” is a daylong presentation, part of a nine-month process of marriage preparation in the Phoenix Diocese that also includes mini-courses in theology of the body and natural family planning. The day consists of talks about how God’s plan for marriage was reflected in the original innocence of Eden, what marriage means as a sacrament, and “sexual honesty” within marriage, including an introduction to natural family planning.

Presenters challenge couples who are cohabiting or sexually active to consider stopping “for the good of their marriage and as a sign of fidelity and dedication to one another and a willingness to sacrifice for the good of the other,” Steve said.

Steve, who is director of the diocese’s Kino Institute for the formation of catechists, has taught philosophy in local community colleges. His teaching experience gives him a good sense of the post-modern culture and “where a young person is coming from in their formation,” said Michael Phelan, director of the diocese’s Marriage and Respect Life Department. “He can speak to it like, ‘Look, I know this is what you’ve been taught to think, but this is what the Church teaches, and here’s why it make sense.”

Phelan and his wife, Sharon, are co-presenters with the Greenes, along with Father John Lankeit, rector of the diocesan cathedral.

The fact that many of the couples at the sessions have lived together for some time and are planning to be wed in a matter of weeks or months might lead some to think that separating for a relatively short time will not make a difference. In some cases, the couples’ lives and finances are already so intertwined that it would create a hardship to split up.

But, “it makes all the difference,” said an emphatic Becky Greene.

For Abeyta and Hernandez, whose wedding was eight months away, it was difficult getting used to not spending so much time together. But on the other hand, Abeyta said, it was exciting going back to the feeling they had when they were first dating. “Now we have to plan things to go out,” she said. “It just makes it fun, and it will make it special when we do move back in together.”

“We spoke to Becky and Steve about how we were thinking of doing this, and they said If you make this move, think of how much of an impact that will have on others, the message we send … being an example for God,” she said.

In some cases, Steve goes one-on-one with the future husband: “You’re called as the man to love your wife like Christ. That means you lay down your life for your bride and your family …. This is an opportunity to say ‘I love you enough to be inconvenienced physically, financially, to be embarrassed in front of my family and pack my stuff up and admit a mistake and move out for three weeks. As a guy, this is an opportunity for you to start walking the walk and to practice loving like Christ. It tells your bride something too: ‘Listen, I made a mistake. I’m sorry. We need to change. And I’m going to take the lead.’”

By the time the marriage prep day is over, some 60% of the couples say they plan to live out NFP in their marriages rather than contracepting, says Phelan. “That’s game-changing,” he said, “because NFP couples don’t divorce.”

What may be even more game-changing for many couples is an awakening that leads to conversion. With a priest present for the day-long presentations, couples have the chance to go to confession, and many do, particularly after the couples’ presentations on “sexual honesty.” Said Becky Greene, “That’s where a lot of the brokenness and the wounds are.”