Trending Now
You are at:Home»Learn & Live the Faith»Apologetics»Reformation Day: To Celebrate or Lament?
By Denise Bossert on October 31, 2014 Apologetics, Featured, History 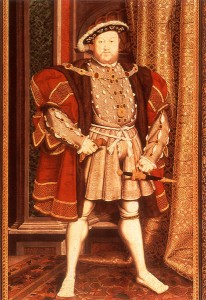 Last year on Reformation Day (October 31) one of my cousins mentioned the Protestant “holiday” on Facebook. It was a celebratory post. “Happy Reformation Day!”

Reformation Day marks the beginning of the Protestant Reformation. It highlights the Protestant reformers who began new denominations rather than remaining within the Catholic Church. I mention it in this month’s column because many fallen-away Catholics have basically done the same thing. Some fallen-away Catholics just stop practicing any kind of faith, but many go in search of something else. There is something they don’t like, something they want to see changed, and they are tired of tapping their feet, waiting for the Church to see it the way they see it.

We are a people who want change, we want it now, and we’d really like it if the Catholic Church agreed with our point of view. When we realize that isn’t likely to happen, we are out the door and on a mission to find the faith community that sees truth as we see it.

Truth is unchanging (Psalm 199:160). Sure, new things come up now and then, and Mother Church knows that a definitive answer on the things the culture proposes must be weighed carefully. She consults Sacred Scripture and Church Tradition and faithful theologians. She gathers the input of bishops from all over the world. She ponders the entire deposit of wisdom given to her by the Holy Spirit.

The frustrated one doesn’t have time for all that waiting, pondering, and praying.

I’m a preacher’s daughter and a convert to the Catholic faith. It provides an interesting point of view. Christian division grieves me. I simply cannot celebrate the genesis of denominationalism. I affirm the good I see in those of other faith communities, of those who through no fault of their own find themselves outside the Church (CCC #818 and #848). But Reformation Day? No, I see nothing to celebrate in that.

Why celebrate Christian division? Why delight in the fact that so many have gone a different way and left the Sacraments behind – the Eucharist behind? 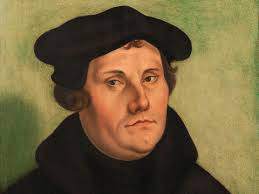 We know that Christian division hurts. We know Our Lord prayed for Christian unity for His apostles and for those who would come to believe through their words (John 17:20). So, what do we do when we see posts about Reformation Day or we hear that someone else has left the Catholic Church for another faith community?

When we are tempted to get irritated, frustrated or discouraged, let’s remake it into a day in which we reform the inner man. We do a deep and thorough examination of conscience. We do our own gut check.  What do I need to change? What is out of sorts in me?

When we are frustrated by Christian division and a culture that still holds on to anti-Catholic bias, let’s call for a day in which we make acts of true reformation and reparation. Let us reform our attitudes toward the poor, the unborn, the immigrant, those who can do absolutely nothing for us. Let’s figure out what we can do for them.

Let us reform our dreams and goals. Let’s put Christ and His Church at the top of our list. Let’s reform our silent acceptance of another’s rejection of the faith. Let’s determine to seek that one out and share the joy we have in our Catholic faith. Let’s pray with Our Lord, “Father, make us one.”

Let’s have a little more renewing of the heart and mind. Reformation of the inner man. That is the true reformation that leads to Christian unity.