Trending Now
You are at:Home»Featured»Registered Trademark and Then You Die
By Kevin O'Brien on January 18, 2012 Featured, On Media 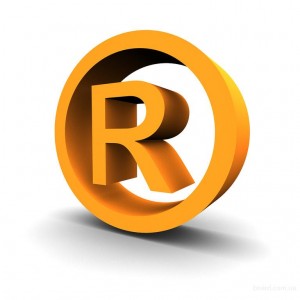 I hate people, and it turns out that might be a registered trademark.

So there they were, hundreds of them milling about, and our little brunch place so crowded you couldn’t get in the front door.

“I hate people,” I observed to my wife Karen, who was driving.

“Should we go to Uncle Bill’s?” Karen asked, Uncle Bill’s being the only restaurant left in St. Louis that still serves buckwheat pancakes.

“It’s 1:00 on a Sunday afternoon,” I replied. “It’s impossible to get into Uncle Bill’s at 1:00 on a Sunday afternoon. This is the busiest time for Sunday brunch — the hour when all the churches are done, and the hour when all the pagans in their twenties are just getting out of bed and taking their sleepover partners to get more bacon, sitting there with their bleary-eyed stare, wearing last night’s outfit and trying to wake up over coffee and buckwheat pancakes, a bit too embarrassed to look each other in the eye.”

“Dad, you are so crabby,” said Kerry.

“I hate people,”  I added as a rejoinder, sinking back into the passenger seat, and ready to sink into a foul temper that would last the rest of the Christian Sabbath.

And then I saw it.

A sticker in the back window of one of the cars parked along the street. It was a picture of a cloud, light blue and inside the cloud was the phrase LIFE IS GOOD.

Well, heck, even an old curmudgeon like me can be swayed by a cliché in a car window two weeks before Christmas. LIFE IS GOOD, I thought. God is simply talking to me. LIFE IS GOOD, stop complaining, stop hating people. Why am I so crabby?

And then I saw it–a little tiny “R” in a circle.

Years ago, I received a letter from a guy in Texas who told me that if I ever again produced my comedy murder mystery entitled Murder on the Disoriented Express, he would sue me, as he had a registered trademark on that phrase. And then, in the same letter, he told me that he was a playwright, too, and would I consider producing some of his plays? I am not making this up. (Did I mention I hate people?)

I wrote back and noted that it would be pretty difficult to defend a trademark that’s based on a copyrighted work by another author, in this case Murder on the Orient Express by Agatha Christie. In addition to that, copyright law does not protect titles of works, as I understand it, while it does protect parody, but after several angry emails back and forth between me and this guy’s lawyer, the whole thing reminded me of the time that Warner Brothers threatened to sue the Marx Brothers for making A Night in Casablanca, claiming it was an infringement on the Warner Brothers movie Casablanca, starring Humphrey Bogart and Ingrid Bergman.

Apparently there is more than one way of conquering a city and holding it as your own. For example, up to the time that we contemplated making this picture, I had no idea that the city of Casablanca belonged exclusively to Warner Brothers. However, it was only a few days after our announcement appeared that we received your long, ominous legal document warning us not to use the name Casablanca.

I just don’t understand your attitude. Even if you plan on releasing your picture, I am sure that the average movie fan could learn in time to distinguish between Ingrid Bergman and Harpo. I don’t know whether I could, but I certainly would like to try.

The whole correspondence is quite funny and it can be found here: http://www.mamohanraj.com/Amusing/warner.html

But even though Groucho and I don’t take these trademark issues seriously, corporate folks do, even when they’re trying to trademark something that is not only a cliché (LIFE IS GOOD) but a tenet of the Catholic Church, taught for over 2,000 years. I mean, heck, right before God rested on His very first Sabbath Day, way back in Genesis Chapter One, He looked at life and said IT IS GOOD. Seems God the Father might have a claim on this phrase Himself, having coined it a few billion years ago, just a few God-Days after the Big Bang.

But a registered trademark the phrase indeed is.

A quick Google search indicates that LIFE IS GOOD is some sort of clothing line, some trendy feel-good fornicate-and-sleep-til-noon-save-the-planet clothing line. Oh, and they train children on how to play.

That’s right, they train children on how to play.

It’s a clothing line. And they make bumper stickers. And they train child care workers to help children release their psychological issues caused by trauma by playing.

But not just playing the way kids play.  Playing the way the adults say is best for your bruised and battered psyches for you to play, dammit! Now shut up and let me teach you the only thing a kid never needs to be taught: HOW TO PLAY!

Now, seriously, I’m sure there are benefits to “play therapy”, and I’m sure the owners of LIFE IS GOOD REGISTERED TRADEMARK have the best intentions when it comes to helping traumatized children. (Actually I’m not so sure they have the best intentions; this is all corporate marketing, in a way). But why they’re doing NOTHING to combat GLOBAL WARMING is beyond me. And I certainly hope they sponsor the Lafayette Square Gay Pride Parade next summer, but at least they’re doing something until then. At least they’re in the Oprah spirit, after all, if not the Christmas spirit. Still, “Mommy, teach me to play,” I just can’t quite picture it.

At any rate, be warned that if you are a young Distributist selling genuine dark buckwheat pancake mix (discontinued by Aunt Jemimah and becoming almost impossible to find) at a kiosk you’ve built with your own hands on a street corner in Lafayette Square just south of downtown St. Louis, be sure to tell your customers to HAVE A NICE DAY and be sure you do not utter the phrase LIFE IS GOOD, because that observation—hell, that basic fact—is now a REGISTERED TRADEMARK protected by the Federal Court System of the United States of America, the same government that is now owned and operated by Goldman Sachs and BOA. So WATCH IT.

Well, if there’s any consolation, at least LIFE SUCKS is not registered.

Oh, wait a minute–it IS! See http://www.lifesucksinc.com/files/info.pdf where it clearly says, “LIFE SUCKS is a registered trademark of LIFE SUCKS INC.”

Now what can I say when I’m really really crabby? “REGISTERED TRADEMARK and then you die!” Come on, that just won’t do.

Maybe if I register as a trademark the phrase HAPPY HOLIDAYS I can get people to start saying MERRY CHRISTMAS instead, for fear of being sued.