Trending Now
You are at:Home»Featured»Religious Beliefs of Four Brothers Prompts Challenge to the HHS Mandate
By Thomas More Law Center on May 11, 2013 Featured, Law & Justice 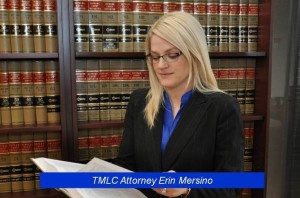 This week the Thomas More Law Center (TMLC) filed a lawsuit in the Federal District Court for the Eastern District of Michigan challenging the Obama Administration’s HHS Mandate.  The lawsuit was brought on behalf four brothers, Terrence, John, James and Christopher Nagle and their family-owned business, M&N Plastics, Inc.  The case has been assigned to Federal District Judge Victoria A. Roberts.

Erin Mersino is TMLC’s principal attorney handling the case for the four brothers. This is the sixth challenge to the HHS mandate Mersino has filed.

The four brothers, all devout Christians, purchased their father’s plastics business, M&N Plastics located in Sterling Heights, Michigan, in 1998.  Terrence Nagle, Jr., John Martin Nagle, and James Nagle are faithful Catholics.  Their brother Christopher Nagle is a faithful Baptist.  They all share a deep religious conviction that abortion, abortifacients, and life-ending contraceptives are a grave sin.

Richard Thompson, President and Chief Counsel of the Thomas More Law Center, commenting on their latest lawsuit stated, “The HHS mandate represents an unprecedented demand by our government that faithful Christians sacrifice their conscience to appease the political gods in Washington.  We believe that such a demand violates fundamental rights guaranteed under our Constitution and laws. We filed this lawsuit to enforce those rights.”

Based on their deeply held religious beliefs and the teachings of both the Catholic and Baptist churches, the Nagle brothers have never offered insurance which included coverage for contraception, sterilization, abortion, and abortifacients. They believe these procedures involve gravely immoral practices and the intentional destruction of innocent human life.

However, the HHS Mandate promulgated by the Obama Administration now requires them to pay for health insurance that covers abortion-inducing drugs, contraception and sterilization or pay draconian fines.     Because of the HHS Mandate, the Nagle brother’s must now choose between violating the principles of their faith and violating the law—an unconstitutional choice.

The purpose of the lawsuit is to seek a court ruling that declares the HHS Mandate violates the Constitution and Federal statutes and to permanently block its enforcement.

With 109 employees, the Nagle brothers face a penalty of nearly $4 million every year they refuse to abide by the dictates of the HHS Mandate.  Under the specific HHS Mandate, they would pay penalties in the amount $2000 per year per employee, amounting to $218,000 per year, plus another $3.9 million per year under the Internal Revenue Code calculated at $100 per employee per day.

The lawsuit challenges the constitutionality of the HHS Mandate under the First Amendment rights to the Free Exercise of Religion, Free Speech and the Establishment Clause.   It also claims that the HHS Mandate violates the Religious Freedom Restoration Act and the Administrative Procedure Act.

The first paragraph of the lawsuit succinctly sets forth its basis: “This is a case about religious freedom.  Thomas Jefferson, a Founding Father of our country, principal author of the Declaration of Independence, and our third president, when describing the construct of our Constitution proclaimed, “No provision in our Constitution ought to be dearer to man than that which protects the rights of conscience against the enterprises of the civil authority.’”