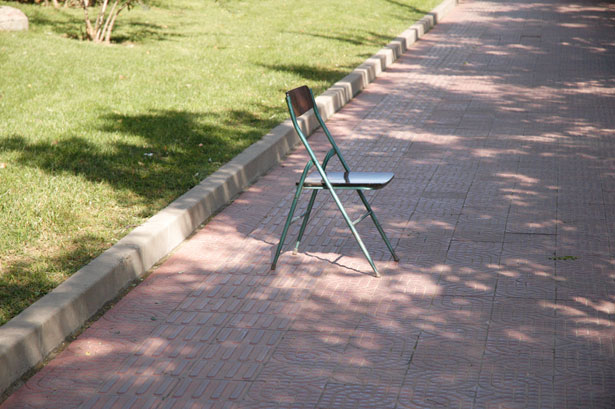 “I’ve been served with a restraining order. I need a lawyer. Will you help me?” I answered the call one evening in 1989. I said yes and, as it turned out, from that point forward I have been active in the pro-life movement.

The caller was Chuck Pelletier, founder of the local pro-life center here in Ft. Worth: Mother and Unborn Baby Care. The restraining order had been issued in a case filed in a district court by one of the local abortion providers. I filed an answer for Chuck and worked with attorneys for some of the other defendants. The case was frivolous and ultimately dismissed.

The judge in the case was well known to Chuck. Only a few years before, Chuck and Mother and Unborn Baby Care had been sued by the then-Democratic and pro-abortion Texas Attorney General Jim Mattox. That case, which also involved a restraining order, had been selectively filed in the same court.

The Attorney General claimed that Chuck and his volunteers had violated the Texas Deceptive Trade Practices Act. The AG huffed that it was deceptive to advertise as a problem  pregnancy center, but not do abortions. Chuck offered financial and emotional support to troubled and frequently desperate women, many of them poor, so that they would choose life instead of the quick and gruesome death of their children. That was anti-liberal heresy for Jim Mattox and the real reason for the lawsuit.

As Chuck learned during the trial, the judge was biased. He later was informed by a court employee that the judge had engaged in numerous private ex parte conversations with the plaintiffs outside the presence of the defendants during the trial. Ex parte communications with one side of a court case, most especially during a trial, are illicit for obvious reasons of fairness.

The State of Texas took a judgment against Chuck and the pro-life center for thousands of dollars, essentially as punishment for opposing abortion on demand. Chuck appealed. However, the appellate court failed in its duties, trashed the First Amendment, and affirmed the trial court.

I offer this bit of legal history because it reveals Chuck’s tenacity in the face of opposition and hostility in the fight for the lives of the unborn. Those court ordeals did not stop him. It took courage. Mainly grit. But he stayed the course.

Chuck died on January 14, 2016 of respiratory complications. His condition was further complicated by the fact that he had been a paraplegic since being injured when the helicopter that he was piloting in Viet Nam was shot down. At his death, after 35+ years of faithful witness to the dignity of human life, he and his pro-life colleagues at the center had provided pro-life counseling, spiritual inspiration, and material aid to thousands of pregnant women. More importantly, they had saved the lives of hundreds of innocent human beings!

The Mother and Unborn Baby Care center includes counseling rooms, storage rooms for clothing, diapers, food, and other items for needy mothers and their soon to be born children. But the heart of the center is the chapel with the altar for celebration of the Mass, and the tabernacle for the reservation of the Blessed Sacrament. There was in Chuck’s view no conceivable way to fight Satan and the evil of the organized, legal killing of the innocent unborn except with and through the power of the Holy Eucharist. It is from the Eucharist that his entire ministry to both the victims and their victimizers flowed. Before he and his pro-life team would go “out to the mills” each week for prayer and sidewalk counseling in front of the abortion businesses there was first Mass and Holy Communion.

If the blood trade of abortion is inherently evil and nothing less than infanticide, in Chuck’s mind it was even worse because it put the soul of the mother in jeopardy, not to mention the souls of the abortionists and all who assist the abortionists. Abortion is evil and obscene, yet we know that God holds the innocent souls of the unborn victims close and showers them with an eternal love far greater than what they were denied on earth.

But it was the souls of the mothers and the fathers, driven to the abortionists by despair, or selfishness, or fear, or all of the above for whom Chuck also fervently prayed and labored. If one believes, as Chuck did, that there is a heaven and a hell at the end of this earthly adventure of our God-created life with God-given free will, the believer cannot stand idle when a mother thinks that killing the child in her womb is an answer to her problems. That woman’s walk from her car to the front door of the abortion business is nothing less than a life and death journey for the life of her child and for the salvation of her immortal soul.

Our moral state in life carries into the moment of our deaths, so our daily decisions have profound meaning. Our acts and choices truly mean something both here and now, and for eternity. It is this reality that motivated Chuck to intervene with the abortion seekers. In light of our belief in the eternal hereafter, encounters with strangers which otherwise may be of little or no importance take on an entirely different perspective and burning urgency at a place where evil is scheduled and the innocent are killed! The sidewalk in front of an abortion facility is the local stage on which a cosmic drama with eternal consequences is played out.

The mother who sustains the life of her unborn child in her womb is, along with that child, sustained by the Omnipotent Creator of the Universe during every second of their lives. The innocent life brought to the abortionist to be killed is a life created by the God of heaven and earth, who knows every cell of that innocent life and every thought of the child’s failing mother. Life, like politics, may be local, but it has cosmic and eternal dimensions too.

At the abortion facility the drama of sin and rejection, and sometimes repentance and change of heart, is played out both on earth and in heaven. And that is why my friend Chuck, diabetic and confined to his wheelchair, would go out in front of the abortion centers rain or shine, cold and heat to beg for the lives of the innocent.

Those women at the abortion businesses who would stop to listen to our sidewalk counseling and who could be convinced to come to the center for help, would be personally interviewed and counseled by Chuck. He did this week after week, year after year. As the years rolled on there were also those wonderful occasions when a woman would call or come by the center and thank him for saving her from killing her child.

The date of Chuck’s funeral was undoubtedly arranged through the providence of the Almighty. He was buried on January 22 (the anniversary of the Roe v. Wade decision). If he had set out in the early 1980’s, virtually alone, to create a pro-life presence and a pro-life apostolate in our city, he was no longer alone. The standing room only crowd at the cathedral for his funeral Mass in downtown Ft. Worth, concelebrated by his friend the bishop and 15+ priests, many of whom he had personally inspired to be not only courageous advocates for the unborn, but also good and holy priests, was testimony to Chuck’s perseverance and success in helping to create a culture of life in this city and diocese.

Chuck, the ever loquacious Irishman, also had the last word on that day. In death he had brought together bishop and priests, fellow pro-life missionaries, religious sisters and brothers, and mothers, fathers, and children –some of whom he saved from the abortionist’s knife. We all thought that we were there to pray for his soul, and that we were, but Chuck had brought all of us together one more time to pray for the innocent unborn and their abortion-seeking mothers and fathers, and for an end to abortion.

As I rode down the interstate from the cathedral to the national cemetery for his interment I looked at the hearse just ahead carrying Chuck’s body. The hearse was escorted by police officers on motorcycles with flashing lights. I looked back to the line of cars in the funeral procession. I thought about the national March for Life in Washington D.C. that was happening at the same time. I realized that if Chuck’s death had brought hundreds of people together in the Eucharist to pray for his soul and for the dignity of human life, his death had gathered us as participants in a great and grand march for life from the Eucharistic altar of life to his grave, which for the believer is itself a place of hope in the promise of life. And hope, especially for an old pro-life warrior, does not disappoint.