Trending Now
You are at:Home»Columnists»Report Abuse to Police, Not Higher-Ups
By Colleen Carroll Campbell on November 12, 2011 Columnists, Featured, Parenting 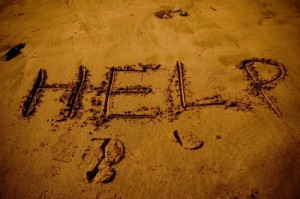 The story related in last week’s Pennsylvania grand jury report had all the ingredients of a classic sex abuse scandal: a popular, successful authority figure suspected for years of molesting boys, a host of higher-ups unwilling to report him to police and a trail of vulnerable children left to suffer unspeakable violations while powerful adults looked the other way.

That stomach-churning pattern — of a wily predator victimizing children with impunity while his bosses passed the buck — is sadly familiar to Catholics. For nearly a decade now, Catholics have watched their church’s reputation dragged through the mud thanks to a mix of predatory priests and negligent bishops who enabled their abuse.

Some have blamed the secular media for unfairly picking on the Catholic Church, by scrutinizing priests and bishops more than other authority figures accused of similar offenses. That argument, even if valid, misses the point: When it comes to child abuse, every adult with knowledge of an abusive situation has a moral responsibility to act. Adults in positions of esteem and authority — such as religious leaders — bear this responsibility all the more. And their sins of omission can do nearly as much harm as sins of commission.

The Penn State case illustrates that truth, albeit on a far smaller scale than the international scandal that has engulfed the Catholic Church and shaken so many of its faithful. According to the grand jury report, Penn State defensive coordinator Jerry Sandusky spent years using his reputation as a celebrated football coach and community do-gooder to sexually prey upon disadvantaged boys. What’s worse, a string of witnesses came across Sandusky in compromising positions with young boys and either ignored his behavior or reported it to athletic authorities instead of police.

In the most egregious case recounted in the report, a 28-year-old graduate assistant found Sandusky raping a 10-year-old boy in the football building’s shower room. The assistant’s reaction? He left the scene and told his father, who advised him to tell head coach Joe Paterno, who told athletic director Tim Curley, who heard the assistant’s testimony along with Gary Schultz, the university’s senior vice president for finance and business. Curley then told university president Graham Spanier. No one told police.

This infantile rendition of the classic telephone game did nothing to stop Sandusky, who remained free to abuse boys for nearly 10 more years. Last week, Sandusky finally was arrested and Curley and Schultz were charged with perjury and child endangerment.

The Penn State scandal is yet another reminder that when it comes to the problem of sexual crimes against children, an in-house solution is no solution at all. Predators thrive in environments where cowardice or concern for appearances trumps a commitment to justice, where protecting the reputations of adults takes precedence over defending the innocence of children. And the story always ends the same sad, sordid way, with a final revelation of the truth that shatters a community’s trust and leaves an entire institution tarnished in its wake.

If the Catholic Church’s painful experience in this area can offer any lesson for others, it is this: Genuine love for and loyalty to an institution never demands the sacrifice of a child’s safety or innocence. Anyone who believes otherwise does not belong in a position of authority.

Catholics tempted to deny this fact should consider the remarks made last week by the Vatican’s chief sex abuse investigator, who argued at a conference on children’s rights that Catholic parents have a “right and duty” to report child sexual abuse to the authorities and should not allow “ill-informed or misplaced considerations of loyalty” to the church to prevent them from doing so.

The same goes for loyalty to a football program, a Boy Scout troop or a beloved school. Authentic love and loyalty always must be grounded in truth and justice. And when it comes to the sexual abuse of children, there is only one just response: tell the police — not just the boss or the bishop or the coach — and let the truth lead where it will.