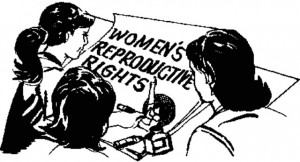 When I talk to my fellow Americans about biotechnology, they have this idea that all the bad stuff will happen in places like China and that the horrors of Huxley’s Brave New World will never happen here.  Cloning, human genetic engineering and the like will happen somewhere else, but not in the good ol’ USA.

Unfortunately we Americans are woefully ignorant about biotechnology and the laws that govern emerging technologies in other countries.  Essentially, that other countries have laws and we don’t.

Why not?  We have Roe v. Wade.  I am no constitutional scholar, but I can see the writing on the wall.  See Roe v. Wade is not simply about abortion.  Thanks to the landmark decision we think we have rights found in our Constitution that aren’t actually in there: “reproductive rights.”  A right to reproduce or not.  Which means a right to have a child or not.  Which means children are a right, not a gift.  I doubt the framers of our Constitution thought there was such a right, otherwise it would have been included, specifically.  The Declaration of Independence does not say that part of our inalienable rights are, “Life, Liberty, and the pursuit of Happiness…. oh! and a child when we want, however we want, and one of our choosing.”

The legacy of Roe means that anytime any federal legislation is proposed that would address the ethical implications surrounding new technologies like prenatal testing, IVF, cloning or genetic engineering, it will fail to pass (or will be struck down in court) because somewhere, somehow, someone’s “reproductive rights” might be affected.

Case in point, this week the House of Representatives considered a bill that would make sex-selective abortions illegal in the United States.  The Prenatal Non-Discrimination Act (PRENDA) would have brought us in line with this long list of countries that have said loud and clear that choosing which children get to live and which ones don’t based simply on gender is an evil their society will not tolerate:

IVF is another arena where the Unites States has no federal regulations to protect women that undergo IVF or the children that result. According to Dr. Brooks Keel, “A woman gets more regulatory oversight when she gets a tattoo than when she gets IVF.”  IVF in the U.S. has become human manufacturing to specifications.  Make as many embryos as possible, implant more than one woman could safely carry in one pregnancy and when things work too well, just get rid of the extra fetuses with “selective reduction.”

Other countries have laws regulating reproductive technologies. Italy and Germany have laws that prohibit fertilizing more than three eggs at a time and require that any resulting embryos be transferred to the mother’s womb.  Belgium only allows at single embryo be transferred to a women under 36.  And the UK and Canada, women under 40 are limited to 2 embryos.  Interestingly enough, Sweden has probably the most strict regulations on IVF.  Single women are not allowed to get IVF in Sweden.  A couple has to be married or a in stable relationship for over 2 years.  Using donor eggs is prohibited and so is surrogacy.

The U.S. has no federal restrictions. So we have Octomom.  Any legislation that would bring us in line with other countries would be an infringement of some single mother’s “reproductive right” to carry 8 fetuses, with 6 children already at home. Even if such laws were for the physical well-being of both mother and child, we just can’t have that can we?

But the Brave New United States doesn’t stop there. Oh no.  Many countries have laws against human cloning, either for research or reproduction or both. They are:

You will see China on this list of countries that prohibit human cloning, but the United States is not.  Why? Underneath the red-herring cries of “Stem cell research!” and “Cures!” you will hear the scholars and cloning advocates saying that cloning falls under the umbrella of “reproductive rights.” In the immortal words of Randy Wicher, cloning advocate:

“My decision to clone myself should not be the government’s business, or Cardinal O’Conner’s, anymore than a woman’s decision to have an abortion is.  Cloning is highly significant.  Its part of the reproductive rights of every human being.”

If we want a clone, we should get a clone.  After all we have “reproductive rights.”

Once again the U.S. is not on this list because we have “reproductive rights” meaning we can choose to modify our offspring anyway we see fit.  And then force our choices on every generation after. (In case you think this is out of the realm of possibility, U.S. researchers have already genetically modified a human embryo with a fluorescent protein gene to glow-in-the-dark.)

Now some would argue that we have a different form of government than these other countries.  We have states that are meant to govern themselves without interference from the federal government.  The states should be enacting laws against sex-selection, cloning, genetic engineering etc.  And some have.  But to truly safeguard the lives of future generations, we need legislation on the federal level.

Make no mistake, if the Brave New World comes to pass, it will happen here and it will all be in the name of “reproductive rights.” Roe has got to go and we have to get over this notion that we have a right to order up children anyway we want, anytime.  Otherwise attempts to make smart laws protecting our children and grandchildren from the Brave New United States will be for naught.