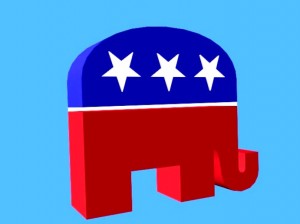 Given the magnitude of the Obamacare debacle, it’s hard to imagine how Republicans could manage to one-up the dysfunction and dissolution of the Democrat party. Much to the delight of the media, however, the GOP has managed to redirect the spotlight away from the train wreck of the Affordable Care Act in exchange for its own dog and pony show. Frustrated by conservative criticisms of the recently passed House budget compromise, Speaker John Boehner has declared open season on “outside conservative groups,” claiming that their criticism of the budget deal is mere window dressing designed to foment grassroots anger against the Establishment:

“They are not fighting for conservative principles,” Mr. Boehner told rank-and-file House Republicans during a private meeting on Wednesday as he seethed and questioned the motives of the groups for piling on against the plan before it was even made public. “They are not fighting for conservative policy,” he continued, according to accounts of those present. “They are fighting to expand their lists, raise more money and grow their organizations, and they are using you to do it. It’s ridiculous.”

This kind of conspiratorial, incendiary rhetoric is what we’ve come to expect from the Obama administration, which is always quick to discredit and discount anyone who dares criticize the President or his policies, dismissing them as cynical opportunists with ulterior motives. Apparently Speaker Boehner and other GOP leaders have been taking notes. If not for these troublesome groups, Boehner and his Establishment cronies insist, the government shutdown never would have happened. It was the influence of these outsiders, these ideological insurgents, that led a group of naïve House freshmen to back the futile effort to repeal Obamacare.

Assuming for a moment that Mr. Boehner’s assertions are true, what does that say about his own leadership and that of his caucus? Are the Speaker and his merry GOP band such an emasculated bunch that their agenda was so easily hijacked by a bunch of newbies and a few grassroots organizations? Or is this a just cop out for a strategy turned sour and a caucus in search of a scapegoat? Mr. Boehner’s lament sounds a lot like “The Devil made me do it” defense, only in this case the Devil is the Tea Party.

Truth be told, there has long existed an incestuous relationship between “outside conservative groups” and the Republican Caucus. Traditionally the Caucus has viewed these groups as mere extensions of their party. It was assumed that the outside groups merely existed to affirm the decisions of the establishment GOP. Potential dissidents knew that bucking the system meant losing critical access to powerbrokers and policymakers. Going along to get along was the name of the game.

At long last, however, these “groups” are beginning to recognize that they have an identity independent of the Republican caucus. Thanks to the Tea Party, they have come to recognize that they aren’t mere minions of the Republican leadership, but have obligations to the country that transcend party. When Republican actions on Capitol Hill affirm conservative principles, they are rightly praised by these groups. When they don’t, they are appropriately criticized. And, yes, when they go off the reservation too many times – completely abandoning any vestige of conservatism in favor of big government cronyism – they wind up with primary opponents.

This change has undoubtedly been painful to a GOP establishment accustomed to having the conservative base and the groups that represent it do its bidding. But it’s a change that’s long overdue. By throwing down the gauntlet, the conservative grassroots are acknowledging that the country comes first, that principle is more important than politics. No doubt Speaker Boehner and his allies wield a lot of power, and they won’t make it easy for those committed to effecting real change in Washington. Here’s hoping the “insurgents” threatening the status quo have the fortitude to play the long game. The country stands to gain, or lose, quite a lot.