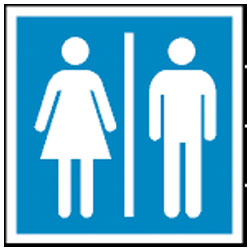 New research reaffirms that gender is grounded in the biology of men and women, supporting the traditional understanding of gender agreed on by the international community.

UN delegates are receiving copies of the research at a time when debates about “gender identity” are heating up: member states are engaged in a contentious vote on the issue at the Human Rights Council this week and they are preparing for a battle on sexual orientation and gender identity during this fall’s General Assembly.

“The Psycopathology of Sex Reassignment Surgery,” a peer-reviewed article authored by Richard Fiztgibbons, Phillip Sutton, and Dale O’Leary, questions the medical and ethical implications of performing sexual reassignment surgery (SRS).  The authors approach the issue from the medical and biological perspective that human gender is a matter of genetic composition, explaining that “sexual identity is written on every cell of the body and can be determined through DNA testing.  It cannot be changed.”

The article acknowledges that there are genetic abnormalities that can cause discordance between genetic sex, hormone receptivity, and sexual organs.  However, those who seek SRS are virtually always genetically normal men and women with intact sexual and reproductive organs and hormone levels proper to their sex, the paper says.  In these cases, according to the authors, “when an adult who is normal in appearance and functioning believes there is something ugly or defective in their appearance that needs to be changed, it is clear that there is a psychological problem of some significance.”

The authors argue that individuals who claim to have a “gender identity” contrary to their anatomical and biological structure cannot resolve their issues through SRS.  Individuals who find it difficult to self-identify with their biological sex often suffer from more serious psychological problems, including depression, severe anxiety, masochism, self-hatred, narcissism, and the results of childhood sexual abuse and troubled family situations. These individuals experience social and sexual difficulties as a result of these disorders and negative experiences, not because they were born into the “wrong body,” the paper says.  Sexual reassignment surgery, because it proposes a surgical solution to deep psychological disorders, is categorically inappropriate – and thus medically and ethically unsound, according to the authors, and those individuals who undergo SRS continue to have “much the same problems with relationships, work, and emotions as before” their surgery.

The study discredits the “gender identity” as a social construct, and it reinforces international consensus that gender is defined “traditionally” as “men and women” in the context of society.