Trending Now
You are at:Home»Learn & Live the Faith»Apologetics»Respect for Islam a Disservice to Peace
By Louie Verrecchio on September 24, 2012 Apologetics, Columnists, Featured 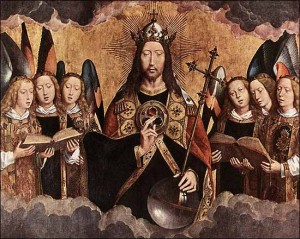 Following the September 11, 2012 terrorist attack on the U.S. Embassy in Libya that killed four Americans, including Ambassador Christopher Stevens, reported that it was a spontaneous act carried out by a Muslim mob moved to anger by an anti-Islamic movie trailer.

It now seems rather clear that the video is being exploited by the Islamic terrorists as a convenient excuse for their unprovoked assault.

Mohammed Yussef Magariaf,  President of Libya’s General National Congress, confirmed as much on the CBS program “Face the Nation” saying that the assault was deliberately preplanned and carried out to coincide with the eleventh anniversary of the 9-11-2001 terrorist attacks on the United States.

Even so, the Obama Administration has been very reluctant to abandon the much preferred narrative that this attack, as well as those that followed elsewhere in the Middle East, are “demonstrations” being carried out by offended Muslims who have suffered an injustice at the hands of an amateur videographer (as though one should naturally expect “demonstrators” to show up bearing rocket propelled grenades).

Given Barack Hussein Obama’s fondness for the “holy Qur’an” and all things Islam, no one could have been surprised by the Administration’s unwillingness to call Islamic terrorism by its name, but when the Holy See decided to get into the act, that was another story.

The day after the attacks, Fr. Federico Lombardi, Director of the Holy See Press Office, issued a statement that could have easily come from White House Press Secretary, Jay Carney:

Profound respect for the beliefs, texts, outstanding figures and symbols of the various religions is an essential precondition for the peaceful coexistence of peoples.  The serious consequences of unjustified offense and provocations against the sensibilities of Muslim believers are once again evident in these days, as we see the reactions they arouse, sometimes with tragic results, which in their turn nourish tension and hatred, unleashing unacceptable violence.

The message of dialogue and respect for all believers of different religions, which the Holy Father is preparing to carry with him on his forthcoming trip to Lebanon, indicate the path that everyone should follow in order to construct shared and peaceful coexistence among religions and peoples.

After numerous Catholic commentators expressed shock at the Holy See’s decision to stress the indulgence of Muslim “sensibilities” while paying precious little attention to the senseless killing of four innocent people, a follow-up release was issued with a more direct condemnation of the violence.  The damage, however, had already been done.

While Fr. Lombardi’s initial statement was widely viewed in Catholic circles as yet another Vatican PR blunder, in reality it was exactly the opposite.

After all, what is effective PR if not a vehicle by which an organization makes known to the public at large what it is, who it serves and what it stands for (the Church’s traditional understanding of herself and her mission notwithstanding)?

If the Holy See’s first response is blameworthy for anything at all it’s for communicating all too candidly the kumbaya mentality that has clouded the judgment of the overwhelming majority of the Church’s hierarchy since Vatican Council II.

Keeping in mind that we’re discussing the Vatican’s response to the murder of four innocent members of a nation’s diplomatic corps, let’s take a closer look at that initial statement.

Profound respect for the beliefs, texts, outstanding figures and symbols of the various religions is an essential precondition for the peaceful coexistence of peoples.

Think about what is being said here: We’re not simply being instructed to respect wayward human beings who are following a false religion: no, we’re being exhorted, in the case of Islam, to offer “profound respect” to religious lies and falsehoods that are directly opposed to the Sovereignty of Christ the King!

Pointing to this fact is much more than just nitpicking a mere technicality, my friends. Rather, it speaks directly to the fundamental Christian belief that true concord and fraternity is unattainable apart from Jesus Christ, the Prince of Peace. The corollary to this understanding is that those who stake a claim as the Lord’s enemy are therefore enemies of peace.

One must wonder if the Holy See in our day applies any standard whatsoever to a particular set of religious “beliefs” or “texts” in order to determine whether or not they qualify for our “profound respect.”  Is it simply enough for one to deem a given proposition “religious” in order to earn the high honor of the Church’s “profound respect,” irrespective of its relationship to truth?

This, of course, is a rhetorical question the answer to which lies, in part, in the Vatican II document Dignitatis Humanae, wherein the Council strongly implies an equality of dignity among the disparate religious confessions of the world regardless of their relative offensiveness against, or even outright rejection of, the Lord who is Truth incarnate.

In the case of Islam, one finds in their so-called “holy writ” lies and falsehoods as well as exhortations to violence ascribed to “Allah Most Wise,” who in no way whatsoever can be confused with the God of Abraham, Isaac and Jacob. Furthermore, according to the Qur’an, the mission of Jesus Christ was not to redeem mankind by His passion, death and resurrection; rather, it was to proclaim the coming of Muhammad, who is by no measure “an outstanding figure” much less a prophet of God Almighty.

The Vatican statement goes on to speak of “the message of dialogue and respect for all believers of different religions, which the Holy Father is preparing to carry with him on his forthcoming trip to Lebanon.”

OK, this is a worthwhile exhortation as respect for other human beings, mistaken though they may be, is a proposition that every Catholic can and should embrace. Let us now consider the Holy Father’s message.

Asked onboard the flight to Lebanon to comment upon the imperative of dialogue with Islam in light of the violence being perpetrated against Christians in the Middle East, Pope Benedict said:

With all due respect, the Holy Father’s statement imputes a decidedly Christian view of religion to Islam, one that is utterly foreign to its most ardent devotees. As such, it leaves unaddressed an important question: What about those religions, like Islam, whose basic message is not one of peaceful coexistence with nonbelievers; but rather one of forced conversion, domination and death?

The Holy Father, it seems, is encouraging us to view those acts of violence carried out in the name of Islam as a falsification of “religion” in the broadest sense.

Fair enough, I suppose, but isn’t it more in keeping with the mission of the Church (and frankly, more accurate) to consider the killing of innocent human beings in the name of any religion a violation against Christ the King and “the true religion; namely, the Catholic faith, the one established by Jesus Christ Himself, and which He committed to His Church to protect and to propagate” (Immortale Dei 7).

The Church’s relatively recent unwillingness to view the world and her mission through the prism of Christ’s Kingship is precisely what gives rise to the utterly un-Catholic notion that even the unambiguous denial of the Lordship of Jesus Christ as set forth in the beliefs, texts, and figures of Islam demand our “profound respect.”

Don’t be confused: the underlying issue I wish to highlight for your consideration isn’t so much about what Islam teaches. The world is littered with false prophets, make-believe gods, and dangerous doctrines. My concern, and hopefully yours as well, is the truth entrusted to the Church by Christ the King and how well we are, or are not, carrying out the mission He has given us.

To that end I will conclude by saying unequivocally that heaping profound respect upon Islam is a gross disservice to the mission that Christ gave to His Church, and what’s more, it represents a profound disrespect for those individual Muslims who deserve to hear the truth.