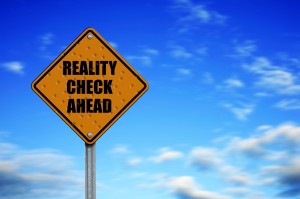 This is about RH Reality Check’s article decrying the Texas ultrasound law and the rejection of the Doonesbury cartoon in reference to it, but I need to work up to it first.

For years I (and many other life-lovers) have warned abortion advocates that when they promote the dehumanization of a group of human beings (the unborn children) in order to justify killing them, then they ultimately put themselves at risk for the same thing by promoting this attitude in society. Oh, but they don’t see it. They usually respond with some accusation about slippery slope fallacies, and fail to grasp that it is factually true that actions do have logical consequences, and to point them out is not a logical fallacy.

Then one day, when things don’t go their way, what do they do? Cry “Dehumanization!”

Further, they fail to understand where rights really come from and what they are. When a person rejects that his or her rights come from God, then that person has just conceded his or her rights to other people in power. I call this the “happy slave” syndrome.

How many times have you heard a pro-choice person argue that abortion is legal, and therefore, a right? Those same people, though, rarely think beyond their words and fail to grasp that what they are really saying – if they maintain logical consistency – is that if abortion were illegal, the so-called right they’ve conjured up in their minds because legislators and judges granted it to them would suddenly cease to exist. And they’d have to accept that.

But the hijacking of words doesn’t end there. The latest example is over a Texas Ultrasound Law that requires an internal ultrasound exam so the mother can see the child she is thinking about killing, and this internal insertion of the ultrasound probe is, that’s right, rape!

Never mind that the woman must consent to the abortion in the first place, which negates the possibility of rape.

But when words don’t mean things, facts shouldn’t get in the way of a good-sounding emotional argument either. The real point is – they want abortion on demand and for free without apology. So they argue like children begging for cookies. Logic need not apply. Just act injured and wail. Or sing and hold threatening signs, or something.

Why am I writing about this? Because I read Jodi Jacobson’s article at RH Reality Check and the first sentence made my head hurt, but it’s proof of what I described before.

“What does it say about the state of our society when so many state legislators seem to make the passage of laws de-humanizing women their main priority, but newspapers are afraid of running comic strips satirizing these laws?”

What does it say? Well, I don’t know. Maybe it says more about someone’s contact with reality than it does about society.

Jodi Jacobson is the Editor-in-Chief of RH Reality Check so she either knows exactly what she is doing when she tells women to play the victim card so they will perennially be slaves of political power, or she has lost touch with reality and doesn’t see the contradictions herself. She’s not only upset about the “dehumanizing” ultrasound law, she’s upset that newspapers rejected a Doonesbury cartoon about it. “Rape” and “censorship” – ah, such victims they are.

Maybe the newspapers aren’t running the cartoon because it’s bad. Did you ever think about that? Maybe it doesn’t fit with their mission. I doubt RH Reality Check would run one of my “Truth is Simple” cartoons, but I realize that in no way makes me a victim. Or maybe it’s just because the whole argument being made is clearly nonsense and people get that. She goes on to tie this into a litany of  ”abuses.”

“What it confirms for me is what I have believed for a long time… that the less “visible” are the human rights, economic, or social abuses we heap on people in this country–whether these take the form of mandatory ultrasounds to the shackling of pregnant or laboring women in prison to abstinence-only programs that de-humanize LGBT youth to the effects on low-income people of cuts in public transport, unemployment insurance and other social survival programs–the more we are willing to tolerate and in fact expand those abuses. Because we don’t see them.”

Wait. People are willing to tolerate abuses because they don’t see them? OK, then why not promote that women see their own children before agreeing to have them killed? Yes, that makes perfect sense in a logical world where words have consistent meaning to describe reality. Either we dehumanize or not. Either rights come from God or they don’t. Either consent is rape or it is not. Either free speech is censorship or it isn’t.