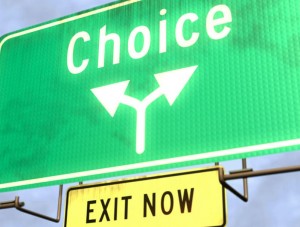 If you have not seen the briefing paper from the Catholics for Choice (CFC) organization regarding the place of the Holy See in international politics, stop reading now and move on. It just isn’t worth your while to read garbage. But if you have and need some clarification, then you may want to learn about the breadth and depth of ignorance that plagues this organization bankrolled by George Soros.

CFC sent out this brief to delegations at the Rio + 20 Conference on Sustainable Development, and circulated it widely. In it they take issue with how the Holy See delegation to the United Nations has been conducting itself in international diplomatic circles, going as far as calling them “divisive”, and even questioning the legitimacy of the place of the Holy See in high level diplocacy. In particular, CFC takes issue with Catholic teaching on contraception and abortion.

Firstly, CFC is ignorant about the place of the Holy See in international politics. The Holy See does not have legal personality by virtue of having jurisdiction over a tiny hill of Rome known as the Vatican, as CFC implies, but as the See of Peter, the head of the Universal Church, and the Vicar of Christ on earth. This has nothing to do with the UN liking or disliking religious freedom, as CFC seems to imagine, but with the fact that the Holy See has had international legal personality for longer than any other nation state has even existed, nevermind the United Nations – the Holy See has been recognized internationally since the fifth century, at least. If CFC were a Catholic organization, in more than name only, they would also know that the Holy See will be around long after the United Nations won’t be anymore.

Secondly, CFC does not understand the doctrine of the Church on contraception or abortion.  And failing to understand it, they want to change it! They should really have a closer look at the encyclicals Humanae Vitae, and Evangelium Vitae. You have to question why an organization would claim to be Catholic, when it is clearly not.

Thirdly, CFC is wrong about what has been going down in the politics behind the major UN conferences of the last twenty years. Advocates of abortion have been desperately trying to make abortion a human right. Having been unsuccesful in that regard, they are hell bent on sticking “sexual and reproductive health” and “rights” in every international document they can, with the understanding that it includes abortion. The Holy See is simply trying to ensure that international law and politics protect the most vulnerable members of society by trying to limit the number of references to these so called rights, and have made reservations that exclude abortion from this language. CFC says that “these objections represent sectarian religious positions, not governmental public policy positions”. They are wrong again here, because a majority of countries have laws that prohibit and regulate abortion, even the most liberal ones. And several countries themselves have voiced the same concerns of the Holy See, and have expressed reservations accordingly, when references to sexual and reproducitve health and rights appear in international documents. This is not controversial, and is simply maintaining the status quo of abortion in international law.

CFC’s major problem, though, is not their ignorance, it’s that they are obsessed with sex and abortion. In fact they are so sex crazed that they failed to notice everything the Holy See has been doing in the run up to this Conference. The Holy See has peppered the document with references from the teaching of the Church on integral human development, which places the human person at the center of development, and not as the object of ideological and polticial utopias. While other nation states quibble and bargain their petty political agendas, whether green, blue, or red, the Holy See has been the only voice of reason in the drawn out negotiations. This is not just the case with this conference, but with most United Nations processes.

In sum, CFC just has it wrong. No one cares more about human beings, especially the poor and marginalized, and first an foremost the defensless victims of abortion, than the universal pastor of the Church.