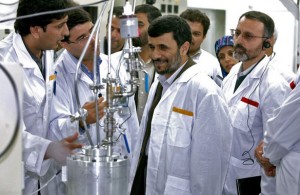 After the most recent GOP presidential debate, reasonable people can disagree as to who came out on top. It was abundantly clear, however, who was smothered beneath the pile.

As Ron Paul waxed naive from his perch in Sioux City, Iowa, on issues ranging from foreign policy to judicial activism, one could almost hear his campaign bus tires deflate. Although some polls indicate that Mr. Paul has surged in Iowa, most national polls suggest that, beyond a relatively fixed throng of blindly devoted “Paulbots,” support for the eccentric Texas lawmaker has a concrete ceiling.

Mr. Paul did himself no favors during the debate. Afterward, former Iowa House Speaker Christopher C. Rants blogged, “Ron Paul finally lit a match after dousing himself with gasoline.”

Putting aside for a moment Mr. Paul’s leftist policies on a variety of social issues ranging from his unwavering support for newfangled “gay rights” – to include open homosexuality in the military – to advocacy for across-the-board legalization of illicit drugs, Mr. Paul demonstrated that he has a dangerous, fundamental misunderstanding of the threat posed to every American citizen by radical Islam. This alone disqualifies him for serious consideration as our future Commander in Chief.

During the debate, moderator Bret Baier asked Mr. Paul: “Many Middle East experts now say Iran may be less than one year away from getting a nuclear weapon. … Even if you had solid intelligence that Iran was in fact going to get a nuclear weapon, President Paul would remove the U.S. sanctions on Iran — including those added by the Obama administration. So, to be clear, GOP nominee Paul would be running left of President Obama on Iran?”

He went on to reject a U.N. agency report that indicates Iran is within months of developing nuclear weaponry, calling it “war propaganda.” He then spouted the same anti-American talking points we’ve come to expect from the hard-left “progressive” establishment, blaming America for Iran’s efforts to go nuclear.

In defense of Islamic terrorists, not unlike those responsible for Sept. 11, Mr. Paul said, “Yeah, there are some radicals, but they don’t come here to kill us because we’re free and prosperous. … They come here and want to do us harm because we’re bombing them.

“I don’t want Iran to have a nuclear weapon,” he continued, all the while demonstrating to everyone watching that a President Paul would be unwilling to lift a finger to prevent it.

His pacifist ruminations prompted fellow presidential candidate Michele Bachmann to respond: “With all due respect to Ron Paul, I think I have never heard a more dangerous answer for American security than the one that we just heard from Ron Paul. … I’ll tell you the reason why, the reason why I would say that is because we know without a shadow of a doubt that Iran will take a nuclear weapon, they will use it to wipe our ally Israel off the face of the map, and they stated they will use it against the United States of America. Look no further than the Iranian constitution, which states unequivocally that their mission is to extend jihad across the world and eventually to set up a worldwide caliphate. We would be fools to ignore their purpose and their plan.”

Mr. Paul evidently is one of those fools. Iran is today’s version of Nazi Germany, and Mr. Paul’s obtuse strategy of reckless inaction affords him the dubious title of this generation’s Neville Chamberlain. Like Chamberlain’s fruitless appeasement, Mr. Paul’s similar strategy simply feeds the insatiable beast.

Don’t get me wrong. I personally like Ron Paul. He’s that affable — if not a little “zany” — uncle who has the whole family on edge at Thanksgiving. “Oh boy; what’s Uncle Ronny gonna say next?”

Still, you wouldn’t give Uncle Ronny the carving knife for the turkey, much less the keys to the Oval Office.

Mr. Paul is many things, but conservative is not one of them. He’s a died-in-the-wool libertarian. That’s one part conservative, two parts anarchist.

Ronald Reagan often spoke of a “three-legged stool” that undergirds true conservatism. The legs are represented by strong free-market economic principles, a strong national defense and strong social values. For the stool to remain upright, it must be supported by all three legs. If you snap off even one leg, the stool collapses under its own weight.

Mr. Paul is relatively conservative from an economic standpoint, but in true libertarian form, has snapped off the legs of national defense and social values.

The libertarian is a strange and rare little animal – a bit like the woolly flying squirrel. It spends its days erratically darting to-and-fro atop this teetering, one-legged stool in a futile effort to keep it from toppling. America witnessed Ron Paul doing this squirrelly libertarian tango Thursday night. Cute but unstable.

Ron Paul never had a chance; but now, with the possible exception of his most committed devotees, I suspect most people will finally admit it. Regardless of what happens in Iowa, the Paul engine has run out of steam. During the debate it pulled into the station and released its final wheeze right alongside the Cain Train.