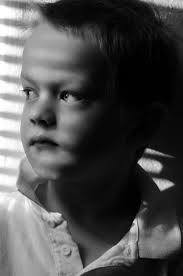 Our relationship with our biological parents influences our happiness long after we’ve flown the nest. So says a new study showing how those raised by same-sex parents experience significantly more depression, obesity, and other problems in young adulthood than their peers.

In the first study to examine children raised by same-sex parents into early adulthood, Prof. Paul Sullins confirmed some findings from studies often cited by gay marriage advocates. These show increased closeness to parents and less depression in childhood. But since those studies didn’t follow the same children into adulthood, they missed the fact that problems like depression appear later in life and to a greater degree than in the general population.

The greater distress comes as children seek to establish their independence. Sullins said this is likely due to problems resolving distance from the biological parent and that there has been no study examining that issue.

Same-sex parents in the data tended to be comparatively white, well-educated, disproportionately female, and of lower income than the general population.

The absence of the father during adolescence—“the most common form of deficient parental closeness” according to the study—is associated with many negative outcomes including depression. In turn, mental health measures of depression, suicidality, and anxiety at adolescence were strong predictors of mental health outcomes in early adulthood.

Same-sex parented adults were almost twice as likely to be obese (72% compared to 37% of the comparison group). This high prevalence is related to previous studies showing higher incidence of obesity in lesbians compared to their female cohort, Sullins says.

The study found that “the well-documented tendency toward greater levels of intimate violence in same-sex partnerships was present in parenting as well.” Between 85-90% reporting abuse in later years. Sullins said this has gone unreported because most studies rely on parents’ self-reporting.

Sullins used data from the National Longitudinal Study of Adolescent to Adult Health which interviewed more than 20,000 American adolescents aged 15 in 1995, then again at 22, and 28.  He honed the data down to 8,762 cases to ensure he was not looking at such cases as children raised by LGBT parents who were also living with the child’s other biological parent.

Why do so many studies say there is “no difference” between biological and other opposite-sex parents and same-sex parents? Sullins says the delayed onset of problems like depression help explain this, along with the politicization of social science research.

Mark Regnerus said Sullins likely published his findings in a medical journal “rather than endure the increasingly politicized nature of peer review in the social sciences.”

Regnerus’ own study on same-sex parenting was attacked by gay-marriage proponents leading up to the Supreme Court’s Obergefell decision last year overturning man-woman marriage laws in the U.S.

“Since the Obergefell decision ‘settled’ the legal question about same-sex marriage,” Regnerus said, “The skirmishes will be minor compared to the blood sport witnessed a few years ago. Empirical truth is no longer quite so threatening to the wishes of some adults. The vulnerability of children, on the other hand, has not abated.”