Trending Now
You are at:Home»Featured»Sandy Hook: the View from Mars
By E. L. Core on December 20, 2012 Featured, The Social Order 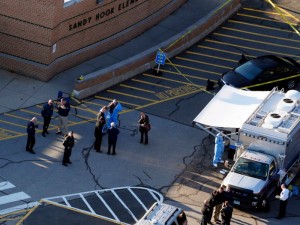 This week, in the wake of the massacre at Sandy Hook, we’ve been hearing it over and over again, even more than we do at other times: children are precious, we say. They’re our most valuable natural resource. Indeed, Tim Beamer, a cousin of Dawn Hochsprung, late principal of Sandy Hook Elementary School, was quoted thus in a local Pittsburgh newspaper, Dec. 16th:

“Teachers, in general, are very special people,” he said. “To do that for a living takes a very unique individual. You’re taking care of other people’s children, and children are the most valuable resource on the face of the planet.”

On first impression, such observations strike us as not only true but obvious. And we ourselves may say such things as individuals, or families, or communities. And we may very well believe what we say. But what about our nation as a whole?

Sure, as a nation, we say children are our most valuable, precious natural resource. And we say that we do an awful lot of what we do as a nation for the sake of the children. But is it true?

Let’s imagine, for a few moments, that we’re visitors from Mars. Looking at America, what would we see?

That’s what Martian visitors would see in our nation.

How valuable can children really be, if we don’t want them? How precious can they actually be, when we put intolerable burdens on their shoulders, doing little or nothing to help them to be able to carry them?

As individuals, families, communities, we do value children quite highly, because of our personal connections with certain children. As a nation, though — evidenced by our laws,  by our court cases, and by our behavior — do we value anything more cheaply than children?

Martian spectators might well conclude that, as a nation, America is — for some unfathomable reason or for no reason at all — engaged in slow-motion suicide. Lacking our personal connections, would they be drawing an unwarranted conclusion? Or, fooled by our affection for the children we know, are we as a nation just not facing up to the reality we have made?