Trending Now
You are at:Home»Featured»Secular Scapegoats and The Hunger Games
By Jordan J. Ballor on April 2, 2012 Featured, On Books, On TV and Movies, The Social Order 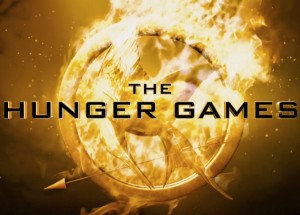 The Hunger Games trilogy penned by Suzanne Collins has proven to be hugely successful, and deservedly so. The tale of post-apocalyptic love, poverty, war, and oppression poignantly captures the fundamental injustice of tyranny. As the film premiere of the first book dominated the box office this past weekend, it’s worth reflecting on what can be learned about faith and freedom from The Hunger Games.

As for faith, Jeffrey Weiss has rightly noted that there’s precious little in terms of explicit religiosity in The Hunger Games. Weiss wonders, “So what about religion? There isn’t any. Not a prayer. Not an oath. The word ‘god’ does not so much as appear in any of the books.” That isn’t to say that the world of Panem is populated by humans who have moved beyond religion in a fundamental sense. What it does show, rather, is the depth of the depravity of the world where these Hunger Games are played. For the people of Panem, at least those in the classes of the governing elites, their stomachs are their god.

Thus there is, in fact, a sort of religion in Panem, a civil religion characterized by hedonism, the pursuit of pleasure as the greatest good. As Weiss writes of the world of Panem, “There’s no ritual that isn’t totally grounded in some materialistic purpose.” And the Hunger Games are the high feast of Panem’s civil religion. The games are a yearly ritual designed to show outlying districts of the nation how dependent they are on the good graces of the Capitol for their continued existence. As the vile President Snow relates, “It was decreed that each year, the 12 districts of Panem should offer up a tribute of one young man and woman between the ages of 12 and 18 to be trained in the art of survival and to be prepared to fight to the death.” The districts must annually serve up these tributes to fight, kill, and mostly to die in the spectacle of savage violence, fickle fate, and uneven odds. The games are broadcast throughout the nation, and at once sicken and satiate the sensibilities of the masses.

Panem’s is a secular faith that sacrifices the children of the districts as atonement for the original sin of political rebellion. As Snow makes clear, the Hunger Games are in fact part of the constitutional mandate for the nation, intended to remind the oppressed in the districts of the costs of political resistance. The analogues between Panem and ancient Rome are clear, from the “bread and circuses” nature of the Hunger Games (panem is Latin for “bread”), to the vile sensuousness of the ruling elites in the Capitol. But in place of the Christians who so often wet the sands of the arenas with their blood in ancient Rome are the children of Panem, who go to pay each year for the sins of their forebears.

Katniss, Peeta, and the rest of the tributes from each district are in this way kinds of secular scapegoats, bearing the sins of the rebel districts, and through the atoning sacrifice of their deaths prolong the lives of their friends and families for one more year. When Katniss volunteers to go to the Games in place of her younger sister, we encounter a moment rich with theological significance. We might be reminded of the free sacrifice offered by Christians like Maximilian Kolbe, the Franciscan friar who took the place of another prisoner condemned to die by starvation in Auschwitz. Ultimately these sacrifices are images of the one true sacrifice, the scapegoat for all sin, Jesus Christ, who “‘himself bore our sins’ in his body on the cross, so that we might die to sins and live for righteousness” (1 Peter 2:24 NIV).

The idea of freedom that is dominant throughout the world of The Hunger Games mirrors the materialism of the society’s secular faith. When Peeta expresses his frustration at his impending doom, he speaks in the only terms he knows, that of ownership. “I just keep wishing I could think of a way to show them that they don’t own me. If I’m gonna die, I wanna still be me,” he says. Panem is a sick society, its allure and beauty merely superficial, a thin covering over the moral decay at the heart of the Capitol. The ruling classes of Panem are thus like “whitewashed tombs, which look beautiful on the outside but on the inside are full of the bones of the dead and everything unclean” (Matthew 23:27 NIV).

The Hunger Games have been criticized by some for their depiction of Panem as faithless and oppressive. But what these criticisms miss is that Collins’ story is ultimately about the injustice of such a world and the corresponding moral imperative to work, even to fight, to improve it. Indeed, the patent illegitimacy of any government whose existence depends on the oppression of its people, particularly its most vulnerable members (whether defined by class, creed, or color), is manifest throughout Collins’ books. If Panem is what a world without faith and freedom looks like, then Collins’ books are a cautionary tale about the spiritual, moral, and political dangers of materialism, hedonism, and oppression. As Collins teaches us, a society whose foundations are built on the bones of innocent children is reprehensible, and this is a timely lesson for the world today.