Trending Now
You are at:Home»Learn & Live the Faith»Apologetics»Setting Sail for Pleasure Island
By Genevieve Kineke on November 9, 2012 Apologetics, Featured 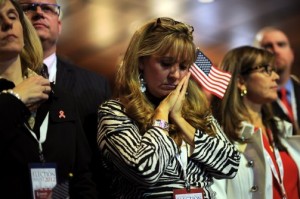 Almost two thousand years ago, the Roman historian Livy assessed the situation in Rome by noting, “We can bear neither our vices nor the remedies.” This comment was highlighted recently on the blog of a well-known priest, who saw similarities between the decline of Rome and the current state of affairs in the United States. Was he overreacting?

Many conservative pundits have been wringing their hands since the election over polling samples, computer programs that misread voting trends, the priorities of the Romney campaign, the third debate strategy, the timing of Hurricane Sandy, and what the media hid about Benghazi. For all their intensity, I think their energies are misdirected–they are reduced to rearranging the deck chairs on a sinking ship. This wasn’t about campaign strategies; it was about the moral fiber of America.

President Obama hid nothing about his moral proclivities in the presidential campaign. Despite what voters may or may not have read into the Democrat candidate of 2008, this year the incumbent openly embraced Planned Parenthood, Sandra Fluke, rapper Jay-Z, a host of Hollywood stars and television personalities–even as urgent issues loomed concerning the economy and international affairs. He reminded us that it was about his own daughters, and the world he wanted them to inherit.

From the outset, he had promised a health care bill, and enormous political capital was spent on just such a project. Moreover, the bill that eventually passed bulldozed the rights of any who disagreed with its inherent immoral mandates. The Democratic National Convention made clear its unwavering support for abortion on demand, tax-payer funded contraceptives, and same-sex marriage–and its ranks have grown. What political advisors have had to come to grips with is the fact that there are simply more Democrats than Republicans–not your grandfather’s party, mind you, but today’s party that has locked its arms around a host of ethically indefensible positions.

Furthermore, the prior claim that no states had approved same-sex marriage ballot initiatives no longer holds. Despite a previously unbroken line of successes in thirty states, we witnessed three states approving the “right” for same-sex couples to attempt matrimony–including Maryland, which was specifically founded in the 17th century to provide a haven for England’s persecuted Roman Catholic minority.

From persecution to marginalization to mainstream–even beyond the Free State, today’s Catholics were indistinguishable from the rest of the population, supporting a host of morally repugnant stances that would have shocked even the most Deist founding fathers.

What was the alternative? President Obama made contraception the centerpiece of his campaign, trying to scare women into believing that his opponent would limit their reproductive options. That led Governor Romney to promise: “Every woman in America should have access to contraceptives;” which underlines the new normal–along with promiscuity, cohabitation, crumbling marriages, and the hook-up culture that flows from it. Behold the modern world!

Pope John Paul II wisely wrote in Evangelium Vitae, “We get the public officials we deserve. Their virtue–or lack thereof–is a judgment not only on them, but on us,” and this reflects the freedom God allows his beloved children. Saint Paul remarked: “Although they knew God they did not accord him glory as God or give him thanks. Instead, they became vain in their reasoning, and their senseless minds were darkened. While claiming to be wise they became fools… Therefore, God handed them over to impurity through the lusts of their hearts for the mutual degradation of their bodies” (Romans 1:21-24).

Despite the lack of virtue currently on display, Christians should never despair. The next column will be full of sweetness and light — promise!