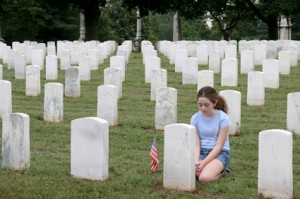 This time last year I did a commentary on five brothers who served in World War II. Very impressive. Imagine my surprise when someone who caught the commentary sent me a package with this note:

“Dear Professor Kengor: Your [commentary]about the family whose five sons served in WW II was interesting. You might be interested to know about families who had more than five sons who served in WW II.”

Well, Ted Walters of Uniontown, Pennsylvania certainly had my attention.

He continued: “My mother, Stella Pietkiewicz, had seven sons serve in WW II. She had the honor to christen the plane, Spirit of Poles, because she had the most sons who served in WW II.”

Along with Ted Walters’ letter was an old newspaper clipping that showed six Pittsburgh-area mothers, all of Polish descent, who had 33 sons in service. Anna Lozowska, Maryanna Sawinska, Katarzyna Antosz, and Mrs. Joseph Wojtaszek each offered five boys to the cause. Honorta Lachowicz provided six sons. Stella Pietkiewicz took the prize with seven.

Bless their souls. These moms gave their boys to the cause of freedom.

The ladies were brought together by an organization called the Central Council of Polish Organizations in Allegheny County for a fundraising effort called the “Spirit of Poles” bomber campaign. The campaign sold over $500,000 worth of war bonds, a lot of money at the time.

The Polish influence is a big part of the story. World War II started in Poland in September 1939, first with the Nazis invading from the West and then the Soviet Red Army invading from the East. Ultimately, Poland suffered a higher proportion of death than any country in the war. It also had a huge Jewish population, which was corralled into dens of unspeakable evil, such as Auschwitz and the Warsaw Ghetto. When the Nazis were finally defeated, Poland’s reward was four decades of brutal occupation by totalitarian communists headquartered in Moscow.

And so, these Pittsburgh-area Polish women knew this battle was worth fighting. Their sons did, too. And Stella Pietkiewicz gave the most.

I don’t know the fate of all 33 boys, but Stella’s sons, remarkably, all returned home safely. For the benefit of their 100-plus descendants reading now, here were the boys’ names: Edmond, Walter, Wilfred, Roderick, Vitold, Leon, and Stanley. Some of the boys later took on their father’s first name, Walter, as their last name (they added an “s,” making it “Walters”). It was much easier to pronounce and work with.

Their father was no slacker either. Walter Leon Pietkiewicz, born March 25, 1883, immigrated to America and thrived. By age 23, he graduated from the University of Pittsburgh’s pharmacy school. He became a pharmacist in Pittsburgh’s Polish Hill section.

The boys were all over the map during this terrible war: Europe, the Philippines, Okinawa, Tokyo Bay, Morocco, Africa, the Middle East. Wilfred was decorated for invading and occupying Iwo Jima. His ship bombed the Japanese mainland. Edmond fought in the Battle of the Bulge. Five of the seven brothers went overseas.

Stella was apparently pretty tough herself. She gave birth to 14 children, nine boys and five girls. (One boy was born stillborn.) Ted was the only boy who didn’t serve in World War II; he was too young. He later volunteered for and served in the Korean War. Of the entire clan, only Ted and one sister, Hope, are still alive.

But while that part of the story has a happy ending, there’s a definite tragic component: Stella did not survive the war. She died of cancer before the war ended. She didn’t live to see all her boys come home.

All that time, she kept a stoic silence. “There wasn’t talk about it [the war]around the house,” remembers Ted, who was 12 years old when the war ended. His parents “didn’t talk about it much.” The same was true for the brothers once they came home. Ted says he never heard any war stories from his older brothers. Ted’s wife, Pat, adds: “And we were with them a lot! But we never heard any war stories from them.”

They did their duty, came home, raised families, and served their country in other ways.

How can we repay families like these for their sacrifices 70 years ago? We can start by not destroying the America they were willing to die for.