Trending Now
You are at:Home»Featured»“Sex is”… What? Competing Visions
By Genevieve Kineke on August 5, 2012 Featured, On Media, The Social Order 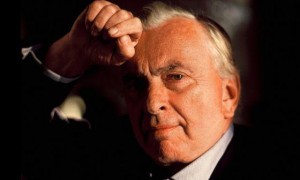 Gore Vidal has died. Almost unknown to young adults, years ago he was considered the clever old man of belles lettres — a shocking rake with a bracing wit. The wit, though, distilled through the decades, comes down to us more as vinegar than aged claret, more snark than savvy. Mores the pity. We’d love to honor our elders, but it’s hard to do so when they’ve twisted their gifts and flung them so contemptuously at the One who bestowed them.

Many sources offered collections of his pithy quotes, and one stood apart, gathering many of the silky threads that bind a generation of confused souls to a lifeless worldview: “Sex is. There is nothing more to be done about it. Sex builds no roads, writes no novels and sex certainly gives no meaning to anything in life but itself.”

To modern sensibilities, there is no shock to this quip — its dreary message comprises the very wallpaper that stifles and oppresses the young, robbing them of richer vistas that are their birthright. But years ago, when it was first uttered, it sounded liberating, refreshing and new. It formed the mantra of the Sexual Left, who sought to rip marital intimacy from its familial context and toss it like candy to any who would stretch out their hands. Surely, shredding the stiff moral obstacles that barred physical gratification from those who were unmarried would lift everyone a degree into giddy joy. Or would it?

Vidal and his disciples attempted to strip all meaning that attaches itself to sexual intimacy, reducing it to mutual gratification, a material distraction, a temporary (and random) colliding of bodies who hold no expectations and relinquish all obligations. With prior planning, each collision will remain sterile, and if not, it will be rendered so in due time. If for some reason a child is born, the state will tend his needs if the mother cannot. As for the burgeoning drawbacks — such as disease and depression — the members of society must simply manage their expectations better, and dump more money into research.

Is there another way? Of course, there is. There is God’s divine plan for intimacy, through which each act is a total gift of self. Reserving the gift for marriage allows two committed people to avoid lying, and permit their bodies to speak a language of fideltity and oblation. After a ceremony in which each says, “with this ring I thee wed,” the promise is sealed when each promises, “with this body I thee serve.” Then, only, can Trinitarian love breathe fully through their union—spirating more love, more life and the seal of the ages.

These two competing visions stand in stark contrast to one another, competing for the minds of the young. Surely, most of us fall somewhere between them in the execution of our marital duties — not willing to align ourselves with the materialists, but uncomfortable with the Catholic archetype, which can seem so ephemeral in daily life. God knows this.

The question, though, is which one we will embrace as our ideal, and strive to pass to our children in whatever dog-eared form? The dissident feminist, Camille Paglia, has spoken and written about decadence, and the ways it has manifested itself over the centuries. She found that, historically, whenever decadence is taken from the fringes of a society and ensconced as its centerpiece — as in Nero’s Rome or Robespierre’s France — that culture is on the verge of collapse.

So we can choose. Either intimacy means nothing and has no bearing on how we order our society, or it is of the greatest significance — both practically and metaphysically. What’s at the heart of culture will predict its survival — and that of all hearts attached to its driving philosophy.