Trending Now
You are at:Home»Columnists»Shari’a Threat Persists Despite bin Laden’s Death
By Russell Shaw on May 20, 2011 Columnists, Featured, Law & Justice 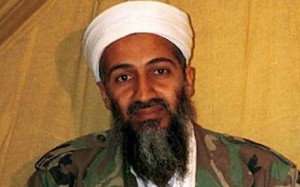 Some early media reactions to the death of Osama bin Laden were, to use as charitable a word as possible, unserious. To such a point that one was reminded of a scene in The Wizard of Oz. The wicked witch has been killed, and the other characters dance about and merrily sing, “Ding-dong, the witch is dead!”

There are several things to be said about that kind of coverage and commentary on the killing of bin Laden. One is that it was in hideously bad taste. The death of any human being is a profoundly serious affair. That’s no less true because bin Laden was himself the author of many other people’s deaths, including those of several thousand Americans.

On this point, the Vatican’s reaction got it right. While noting bin Laden’s many heinous crimes, the statement nevertheless added that “a Christian never takes pleasure from the fact of a man’s death” but sees it instead as an occasion not “to disseminate hate but rather to foster peace.

On a different plane, it’s imperative also to grasp the fact that bin Laden’s death in no way removes the threat to Western –and Christian — interests that he symbolized. On this point there was much to ponder in an Op-Ed column in The New York Times by former National Security Council counter-terrorism coordinator Richard A. Clarke.

The declared goal of Al Qaeda and similar groups, Clarke said, is to create a kind of federation of “religiously pure Islamist states” — a restored “Islamic caliphate,” that is. For Islamist ideologues, the present Arab Spring is a step toward that end. And although bin Laden is dead, “their goal has not changed, nor has their willingness to use terror.”

“Believing that their religion requires them to act violently against nonbelievers in the West and impure, apostate Muslim elites, the Islamist extremists will not be stopped by the elimination of Al Qaeda’s leader or even by the eradication of Al Qaeda itself,” Clarke warned.

This point was reinforced for me soon after bin Laden’s killing in a private session for a small group conducted by an eminent canon lawyer. The subject was canon law and Islamic Shari’a law. The lesson was illuminating.

Canon law, the canonist pointed out, is a body of legislation that applies only to the Catholic Church. In no way does it usurp the function of civil law. But Shari’a is expansive and pervasive — indeed, potentially universal in scope.

The fundamental reason is that classical Islam doesn’t recognize the distinction, taken for granted in the West, between church and state, the next-worldly realm of religion and the this-worldly realm of the temporal order. Society is considered a unitary whole, to be shaped and controlled by Islam and Shari’a as appointed instruments of Allah. Shari’a law therefore reaches into every nook and cranny of the lives of individuals and the life of the community.

Where they are weak, the canonist remarked, traditionalist Muslims are prepared to live with the Western system because they have no other choice. Where they hold power, religious conviction obliges them to impose Shari’a, with results more or less to the disadvantage of non-Muslims.

If that is so, prospects for peaceful coexistence between Islamic traditionalists and non-Muslims will remain bleak as long as the traditionalists continue to believe what they believe. Among the several conclusions to which that points is that Western media need to go slow in touting the forces currently battling Arab dictators as “pro-democracy” as they’ve been doing. Sorry, friends, this isn’t Oz.