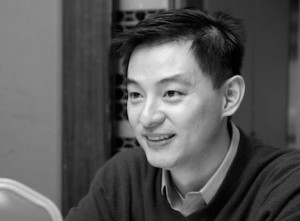 Radical environmentalism and transhumanism are the two movements that I think are very pernicious.  Radical environmentalism wants the plague of humanity to be reduced (or disappear all together) so the Earth can be “healthy” again.  Transhumanism wants to radically engineer man to be “posthuman” which includes, but is not limited to, living forever through enhancements.

These two movements seem diametrically opposed and yet they suffer from the same faulty underpinning: rejection of human nature.  We live on this planet too.  We are built to reproduce, like all other living things.  And we are not naturally immortal.

It is not often that these two movements converge, and yet more and more, there are suggestions that we engineer ourselves to save the planet; a marriage of transhumanist ideas of engineering humanity and environmentalism. Way back in 1967, MIT engineers suggested that we engineer humans to be smaller to conserve resources.

Today, the idea that we radically engineer our species to “save the planet” is in the news again.  The Atlantic has an interview with S. Matthew Liao, a professor of philosophy and bioethics at New York University, who wrote a paper exploring ways humanity can change our nature to combat “climate change.”  Liao says he is simply discussing the subject and is not an advocate of forcing these options on people.

One way Liao explores is either to select smaller children through IVF and PGD or to engineer our children to be smaller with growth-stunting chemicals or genetic manipulation:

What are the various ways humans could be engineered to be smaller?

Liao: There are a couple of ways, actually. You might try to do it through a technique called preimplantation genetic diagnosis, which is already used in IVF settings in fertility clinics today. In this scenario you’d be looking to select which embryos to implant based on height.

Another way to affect height is to use a hormone treatment to trigger the closing of the epiphyseal plate earlier than normal—this sometimes happens by accident in vitamin overdose cases. In fact hormone treatments are already used for height reduction in overly tall children. A final way you could do this is by way of gene imprinting, by influencing the competition between maternal and paternal genes, where there is a height disparity between the mother and father. You could have drugs that reduce or increase the expression of paternal or maternal genes in order to affect birth height.

One avenue that Liao discusses would be right up the transhumanist’s alley.  Genetically altering people to be able to see in the dark like cats:

Liao: Actually, yes, although unfortunately the science is not there yet—we looked into cat eyes, the technique of giving humans cat eyes or of making their eyes more catlike. The reason is, cat eyes see nearly as well as human eyes during the day, but much better at night. We figured that if everyone had cat eyes, you wouldn’t need so much lighting, and so you could reduce global energy usage considerably. Maybe even by a shocking percentage.

At least Liao labels this suggestion unsafe…for now.  Unfortunately, Liao seems to buy the transhumanist line that engineering ourselves is “liberating.”  (I would argue that, instead, embracing our nature is liberating much the same way we tell girls to love themselves the way they are, not the way others would have them be.)  In a world where people are forcibly limited to how many children they can have, Liao suggests that engineering the size of our children would give us more choice in the matter:

In your paper you suggest that some human engineering solutions may actually be liberty enhancing. How so?

Liao: That’s right. It’s been suggested that, given the seriousness of climate change, we ought to adopt something like China’s one child policy. There was a group of doctors in Britain who recently advocated a two-child maximum. But at the end of the day those are crude prescriptions—what we really care about is some kind of fixed allocation of greenhouse gas emissions per family. If that’s the case, given certain fixed allocations of greenhouse gas emissions, human engineering could give families the choice between two medium sized children, or three small sized children. From our perspective that would be more liberty enhancing than a policy that says “you can only have one or two children.” A family might want a really good basketball player, and so they could use human engineering to have one really large child.

First, as Wesley J. Smith points out what begins as discussions among academics, becomes policy for the masses.  I fear if we embrace engineering ourselves to “combat climate change” then to save the planet these radical ideas could become compulsory.

Second, our attempts at engineering mankind to combat overpopulation in Asia has had devastating societal impact.  As Mara Hvistendahl reported in her book Unnatural Selection, the West feared the population increases in Asia and pushed an agenda of contraception, sterilization and abortion, some of it non-voluntary.  Decades later there are 163 million missing Asian women as a direct result of efforts to control Asian population.  This is a problem of epidemic proportions and women are commodities to be bought, sold and traded more than ever before.

Third, all of this assumes that people, and children especially, are things to be manipulated for some goal.  Even if that goal is deemed worthy, we cannot fall into the trap that our inherent dignity need somehow be compromised to meet that goal.  Children are gifts, not items we can manipulate to fulfill certain needs.  They are certainly not things from which we can choose which ones are the “best for the environment.”

The Catholic Church is clear that any attempts at genetic engineering must have normal human development as the goal.  The Charter for Health Care Workers states:

On the other hand, interventions which are not directly curative, the purpose of which is ‘the production of human beings selected according to sex or other predetermined qualities,’ which change the genotype of the individual and of the human species, ‘are contrary to the personal dignity of the human being, to his integrity and to his identity. Therefore they can be in no way justified on the pretext that they will produce some beneficial results for humanity in the future,’ ‘no social or scientific usefulness and no ideological purpose could ever justify an intervention on the human genome unless it be therapeutic, that is its finality must be the natural development of the human being.

The goal of intervention on the human body must be therapeutic in nature keeping the inherent dignity of each individual the foremost concern.  Therapeutic for the person, not for the planet.