Trending Now
You are at:Home»Columnists»Smell That?
By Karen J Rinehart on April 9, 2011 Columnists, Humor 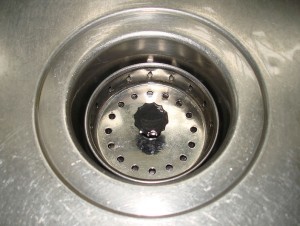 I firmly believe God created Man and Woman in His likeness—but with distinct, logical differences. Women can give birth. Men are strong enough to hoist those heavy boxes up into the attic. Women, have a superior sense of smell, which, based on life in my household, men do not. Yes, we woman are not only uniquely and brilliantly designed by God to sniff things, but also equipped with the necessary level of courage to carry out this vocation.

We sniff babies’ butts, used diapers, burning food, dirty tissues, underarms, pets, trashcans and minivan interiors.  We sniff out our kids’ lies (“I swear I turned in that paper. The teacher just hates me.”) our kids’ breath (“I did too brush!”) and countless clothing items dumped on bathroom floors (“You can totally wear these jeans again today!”).

My husband does not share my keen sense of smell. “Sniff sniff…Honey, do you smell that?”

“That horrible mildew smell. I smell it every time I walk past that spot right there.”

As I pointed, we both looked to the vicinity of the dishwasher/kitchen sink/counter—the very spot on the counter where, every single day, he parks his cell phone, Blackberry, keys and office I.D. “Uh, no. I don’t smell a thing.”

After he went to bed that night, I climbed on the counter, stuck my nose into the drain and sniffed. BINGO!  I stayed up until after midnight pouring anything that wouldn’t self-combust down the kitchen drain. I started a shopping list: bleach, peroxide, Chardonnay.

I ran the disposal and attacked it with frozen lemons, Borax, Arm and Hammer Super Washing Soda, bleach, vinegar, more bleach, ice cubes—and every other Martha Stewartesque tip known to womankind. One day later the smell returned. But only to my nose,

Today I climbed back on the counter and wedged my nose in the 1 inch space between the faucet and backsplash. I sniffed at the formerly clear, now darkened caulk and detected a mild mildew smell but not THE smell. Still, I scraped out the old caulk, cleaned the area and added, “Caulk, clear” to my shopping list.

Removing the caulk left a sliver thin gap between the Formica and sink. Could water have been leaking below and causing the smell? I climbed down to the floor, opened the cabinet doors under the sink and pulled out all the cleaning supplies plus an ancient tub of kitty litter (to absorb moisture and smells, naturally). I leaned into the darkness and smelled. Nope. Not it.

Frustrated, I sat back on my heels and let the light enter the caverns of the cabinet. And then the clouds parted and the angels sang as a  beam of heavenly light shown directly on the Source of The Smell: The corrugated plastic drain tubing which runs between the garbage disposal and dishwasher. It’s interior was coated with black matter. As in mold and mildew. No wonder no amount of product I poured down the drain was working—it couldn’t work effectively down the next 36 inches of textured tubing. I celebrated my success by declaring it Happy Hour—but only after I added, “new drainage tubing” to my shopping list.