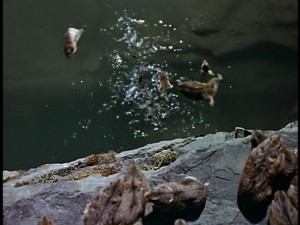 The college years used to be known as a time to explore new ideas, adopt new identities and embrace — and discard — new affiliations. You could arrive on campus a political conservative and leave a liberal; enter a staunch atheist and exit a devout believer; declare yourself a biology major, then switch to theater and wind up with a degree in French. You could challenge your professors, change your friends and change your mind. That was the beauty of college, particularly on a campus large enough to offer a wide array of student organizations: You could reinvent yourself and your social circle again and again, until you figured out who you really were and what you really believed.

The notion of college as a time of unparalleled intellectual exploration still dominates our popular imagination. But the on-the-ground reality has changed. At a time when college administrators give their students more license and encouragement than ever before to indulge in sexual experimentation and the baser elements of the booze-soaked hook-up culture, students’ more fundamental freedoms — of religion, speech and association ­— increasingly are under attack.

The attacks typically target student groups that fail to toe the politically correct line on hot-button social issues. Case in point is the highly publicized controversy now brewing at Vanderbilt University in Nashville.

Vanderbilt’s conservative Christian student organizations, including the Christian Legal Society, InterVarsity Christian Fellowship and Campus Crusade, are under fire from university administrators who want them to comply with a campus non-discrimination policy that covers ‘sexual orientation, gender identity or gender expression.” Sounds harmless in theory, but in practice, compliance with that policy means that these groups no longer could insist that their leaders uphold the beliefs upon which their groups were founded — including belief in biblical morality and the biblical prohibition on sex outside of man-woman marriage.

The Vanderbilt flap is not unprecedented. Last year, the Supreme Court upheld the right of Hastings College of the Law in California to demand that a Christian student group seeking official campus recognition accept leaders who openly reject its statement of faith. Authored by Justice Ruth Bader Ginsburg, the 5-4 decision paved the way for schools to effectively prohibit socially conservative religious students from forming official campus alliances because their traditional sexual morality conflicts with campus non-discrimination policies. In his dissent, Justice Samuel Alito blasted the decision because it “arms public educational institutions with a handy weapon for suppressing the speech of unpopular groups.” Judging from controversies that have surfaced this fall at such schools as the University of Oklahoma and the University of North Carolina at Chapel Hill — where Christian student groups have found themselves in the crosshairs of university officials because their beliefs conflict with campus non-discrimination policies — Alito’s warning looks prescient.

In the Vanderbilt case, the crackdown stemmed from a situation last year in which a Christian fraternity asked an openly gay student to leave. The student had hundreds of other campus organizations to choose from: He could have joined one of Vanderbilt’s gay and lesbian alliances or rushed a fraternity with less restrictive policies on its members’ religious beliefs and sexual conduct. He could have formed a new organization, perhaps an advocacy group for students interested in making existing fraternities more gay-friendly. Instead, he opted for the nanny-state solution: Complain to college administrators so they can punish the peers who excluded him.

Vanderbilt administrators did not let him down. And the implications of their heavy-handed approach to fixing this “problem” of ideological non-conformity among students are as sweeping as they are silly.

By the logic of Vanderbilt administrators, the Muslim Student Association must allow ultra-orthodox Jews to run its meetings. OUTLaw, a campus gay and lesbian alliance, must welcome members who oppose gay rights. The Vanderbilt Secular Student Alliance must accept Bible-toting proselytizers. The campus environmentalists must admit global-warming skeptics; the campus vegetarians must embrace leather-wearing, Big Mac-munching hunters; and the Vanderbilt branch of Amnesty International must roll out the welcome mat for death-penalty backers.

Of course, none of that will happen at Vanderbilt because — despite the broad wording of the school’s non-discrimination policy — only certain types of discrimination constitute actionable offenses in the minds of university administrators. Like so many other schools that have issued these comply-or-die demands to conservative Christian campus groups, Vanderbilt shows no sign of extending those demands to other student groups that embrace more politically correct views.

The result is an appalling double-standard that should shame any truly free-thinking university official. Too bad so few such creatures exist on campuses today.