Trending Now
You are at:Home»Featured»Sorry, Cryo-Kids, This is The New Normal. “Get Over It.”
By Chelsea Zimmerman on September 12, 2012 Featured, On Media, Reproductive Technology 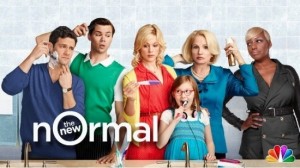 In Must Not See TV news, last night NBC debuted its latest attempt at humor: The New Normal, a 30 minute sitcom about a young, single mother who agrees to become a gay couple’s surrogate mother.

In the trailer for The New Normal, there is a scene in which the gay couple is speaking to someone from a fertility clinic who tells them:

Click through our egg donor file, find your match, and then implant it in a surrogate. She’s just like an easy bake oven, except with no legal rights to the cupcake.

Wow. And you thought ‘gestational carrier’ was offensive.

Surrogacy and egg and sperm donation are certainly the new normal in Hollywood — for gay and straight couples alike — and they’re quickly becoming much more mainstream throughout the West. According to a report this year 5 million babies have been born as a result of in vitro fertilization in the last 34 years.

While everyone’s hearts bleed for infertile and gay couples, the sympathy’s not always there for the children created by this procedure using anonymous sperm and eggs who are upset about having half their identity deliberately withheld from them. In fact, some say they’re often met with open hostility and ridicule.

Thousands of donor conceived people have a deep longing to know where they came from, who they look like, whether they have any biological siblings and sometimes even why they’ve developed some genetic disease. Many of them are speaking out about being unfairly stripped of their right to a connection to their biological roots. 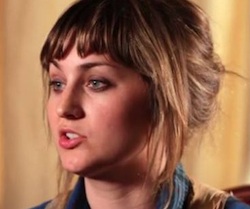 In the documentary Anonymous Father’s Day, Alana S. Newman, founder of the Anonymous Us Project, said that while promoting her campaign she is often met with vitrol from people who tell her to “just get over it.”

“I thought it would be so easy to arrive, state the obvious that children need their fathers, and everyone would be like, oh my God, thank you for reminding us!,” she said. “But there is a huge monster of money and people desperate for children, who don’t want me to make it harder for them to buy and sell children.”

She’s not alone. Barry Stevens, one of 500-1,000 half-siblings fathered by a fertility clinic owner in the U.K., said that he has been told that people shouldn’t question their conception because they wouldn’t be alive otherwise.

“If that were true, then anyone who is the product of a rape would have to endorse rape,” he said. “It’s quite possible to be grateful for your life and question aspects of your conception.”

Jennifer Lahl, producer of both Anonymous Father’s Day and Eggsploitation, a documentary all about how the fertility industry exploits women, told LifeSiteNews that in the work she’s been doing promoting these two films, she has also noticed that the donor children don’t get as much sympathy:

“When I show ‘Eggsploitation,’ there’s an overwhelming, oh my gosh this is horrible, we shouldn’t do this to young women versus, when I show ‘Anonymous Father’s Day,’ it’s like, well, so what? We’ve all had bad upbringing experiences.”

Alana says that the gay and lesbian community is one of the biggest hurdles these donor conceived children face along with “older couples with money.” Clearly Hollywood is not helping matters much, either. The New Normal is far from the first production promoting third party reproduction. Who can forget those comedy masterpieces The Backup Plan, Baby Mama and The Switch. Then there was the critically acclaimed The Kids are Alright (if that’s not a direct slap in the face to these kids, I don’t know what is), which was nominated for four Academy Awards, including Best Picture.

In the past, I’ve been criticized as being “too harsh” for saying that third party reproduction is about fulfilling the selfish desires of adults who rarely, if ever, think about what is good and right for the children. But, based on what we’ve seen over the years, I still say that’s pretty accurate. Not only are more and more donor conceived children speaking out, but research is now showing that children conceived via IVF have a greater risk of developing birth defects. Clearly the kids are not alright.

Artificial insemination and IVF are among some of the technological developments of the twentieth century that came faster than humanity could process their implications and discern their right use — or whether they should be used at all. Just because we can do something, doesn’t mean that we should. And when I look at what assisted reproductive technology has wrought — children and adults confused about their identity, women abused, astronomical numbers of lives lost and perpetually frozen — it’s hard not to see the wisdom of the Popes and Catholic bishops who have also been ridiculed over the years for warning against the use of this technology from the beginning.

I am not unsympathetic to the heartache of those who legitimately feel the pain of infertility (neither is the Catholic Church), I just believe that the right of children to be conceived by an act of love between a mother and father and born to parents who are known to them takes precedence over someone’s right to have a child at any and all cost. Mostly because the latter ‘right’ does not exist. Children are a gift, not a right and certainly not a commodity.

Couples who want to share their love with another human being do not need to resort to manufacturing children in petri dishes or getting shot up with a stranger’s sperm. Naturally, adoption is always a loving option. There is also good, effective fertility care available that respects both the rights of children as well as the dignity of the female body. Unlike IVF, this exciting and expanding new area of medicine identifies and treats the underlying causes of both male and female infertility as well the problem of recurrent miscarriage.