Trending Now
You are at:Home»Featured»Spiritual Truths in The Girl on the Train
By Fr. Edward Looney on October 13, 2016 Featured, On Books, On TV and Movies 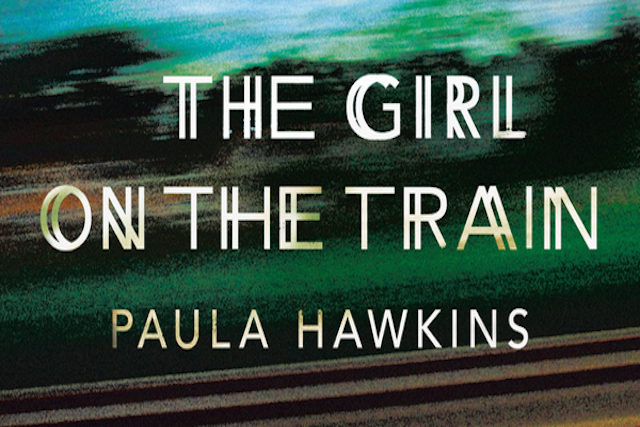 I am not an avid fiction reader. If I’m lucky I make my way through one or two novels a year. More often than not my nose can be found in theological texts, most likely Mariological in nature.

My reading of novels might make an increase as I recently discovered the wonders of Audible and audio books. I do a lot of driving, usually an hour each way, which provides ample time to make my way through an audio book. Bishop Barron helped me in this discovery with his recent reflection on re-acquainting himself with C.S. Lewis’ The Great Divorce during his Santa Barbara commute along with Brandon Vogt’s “Read More Books” video series.

I might be a late comer to the bandwagon for one of the 2015 NY Times Bestselling book, turned movie in 2016, The Girl on the Train. Or maybe, I’m an early arrival to reviewing the film, as the subject matter takes on a second life in 2016. As a person who enjoys riding trains as a form of transportation, the book intrigued me. In part, because I once thought about writing a short story based upon a train experience.

With the help of Audible, I recently listened to the novel The Girl on the Train and saw the film during its weekend debut in theaters. As I experienced the book through audio and film, what struck me the most was the implicit spiritual truths underlying the story itself.

I agree with Bishop Barron, who reflected in his book Seeds of the Word and in many of his YouTube clips, on how we can find God in the culture. The Girl on a Train afforded me an opportunity to reflect on contemporary society in light of faith.

I hesitated sharing with people that I was reading (or listening to) The Girl on the Train. I was not sure what others would think. I even thought some people might be scandalized. It was speaking with another priest friend who also was reading the book and anticipated seeing the movie that I found ease in going forward with writing this reflection.

Here, I offer my first caveat, for those who might take offense or find themselves weak or tempted toward sexual sins, then exercise caution with the book or film. The movie itself has a handful of fleeting scenes lasting for only a few seconds of sexual explicity.

Such scenes add nothing to the book or film, but Hollywood and authors know (unfortunately) that sex sells. This is a sad commentary on our culture and reminds us of the need to constantly pray for the virtues of chastity and purity.

There are two running themes throughout The Girl on the Train. One of those themes is the notion of adultery. Rachel, the book’s protagonist, was once married to Tom, who during their marriage had an affair with another woman, Anna, whom he eventually married.

Divorce is rampant in society, and so is adultery. It is no surprise that this theme emerges in most books, movies, and television shows. In a sense, our society highlights it, and with certain websites or apps, even encourages it.

A spiritual theme I find that emerges underneath Tom’s adulterous relationship is: Why do we expect a relationship based on a lie (the affair) which leads to marriage, to last? Past behavior is always a predictor of future behavior. People in adulterous relationships have a romantic notion that all will work out and never consider the longevity of their relationship, before the other person begins to sneak around again, and telling lie after lie to all involved.

The other running theme throughout the book is Rachel’s dependence on alcohol. The movie portrays her drunken stupor quite well. Since the book/movie brings this to the forefront, it provides an opportunity to reflect on addiction and liberation from addiction.

The author provides a glimpse into addiction quite well, bringing to the light the deliberations of Rachel, the temptations to drink, and the feelings she experienced.

Why does a person drink or fall into another addiction? Because they want to escape from reality or medicate a problem away, never sorting through it.

For Rachel it was the infertility she experienced and desire to have a child. Her problem with alcohol, was one contributing factor to her divorce. Unable to accept the divorce, Rachel turns time and again to alcohol as a means of self-medication. She did not want to deal with the past and the stupid things she did.

Whenever Rachel drank to excess nothing good ever happened. She regretted actions and sometimes had no idea what she had done the night before.

Rachel’s struggle provides insight into the internal struggle of addiction and temptation. At one point as she tried to convince herself not to drink, eventually acquiescing because she built up to it all day, anticipating the drink and adrenaline rush.

Throughout the book and movie, it was apparent Rachel knew she needed to stop drinking. Her landlord even suggested as much. How does a person overcome addiction?

The movie showed Rachel at an AA meeting, which to my recollection and confirmed by a Buzz Feed article highlighting differences between the book and movie, did not occur. A special thank you should be offered to the director of the film, because highlighting this positive program which has brought many to sobriety is laudable. It tells us we can overcome our problems if we have someone to help us along the way.

Another way to overcome addiction is to do something. Rachel knew she wanted a drink. Instead of turning to the bottle, she went for a walk in order to distract herself from the fleeting temptation.

Another tactic: remember that you will regret it! When faced with her desire to drink, she said this will make me feel better for an hour, but in six or seven hours I will regret it.

Lastly, if a person struggles with addiction, be it alcohol, pornography, nicotine, whatever it is, get rid of it. Rachel through about dumping her bottle in the sink, but didn’t because she looked forward to what the morning offered. Get rid of anything that is causing you to fall into bad habits.

I don’t think this is a spoiler…In the final moments of the book the reader learns Rachel was sober for 21 days, the longest she could remember. In the same chapter, the author presents Rachel in a certain location, and as she looked off into the distance, she saw a priest.

Why did the author include the priest? I’m not entirely sure, but the priest is an eschatological icon of Heaven. The priest, who wears black, symbolizes death to self. The white collar, signifies the resurrection. In her dependence on alcohol, Rachel found liberation and freedom. She found her resurrection, and I think the priest’s presence makes this connection.

The Need for Confession

Characters in the book often enter into conversation with others — significant others, friends, and even psychologists or counselors. In these conversations there is a confessional nature. In fact, one character, referring to visiting their therapist, reflected, it must be fun to be Catholic, to go to the confessional and unburden yourself, to have your sins taken away.

At another point, a character spoke of their brokenness and how there is nothing you can do to fix it, that the holes in one’s life are permanent and you simply grow around them. In the spiritual life we often talk about woundedness.

We know Christ is the Divine Physician, a great healer, and so he has the power to heal wounds. Confession does precisely that, the admission of our woundedness, and asking the Lord to heal us.

Such references to the sacrament of Penance show the powerful nature of the sacrament even by secular authors. Catholics have a great gift in Confession. Have you been lately? If not, take advantage. Unburden yourself and receive Christ’s forgiveness, healing, and peace.

The struggle for Rachel and Tom’s marriage stemmed from an inability to conceive. As a result, they turned to In Vitro Fertilization, having no success with the method.

Many people turn to in vitro in cases of infertility, which in common language people refer to the process as test tube babies. The Church does not look favorably upon in vitro fertilization because in the process some embryos, human persons, might be destroyed.

What is a Catholic to do in such troubling situations? The Pope Paul VI Institute in Omaha, Nebraska has been exploring treatments for infertility and has met with some success. There are always moral alternatives.

Another moral alternative in cases of infertility is prayer. In Bethlehem there is a special place of prayer called the Milk Grotto. The place commemorates the pious belief that as Mary nursed the child Jesus, a drop of milk fell to the ground.

Today, a Franciscan friar at the Grotto makes available a milk powder. The efficacy of prayer and the milk powder has facilitated the births of thousands of children. In the friar’s little office, photos of children abound. Couples told they would never have children, after praying there gave birth not only to one child, but in some cases to twins and triplets.

Another moral issue presented in the book and film is the notion of abortion. It is mentioned in passing and never considered as a legitimate option. On another occasion, a character references a pregnancy that was not carried to term. In reflection, the character suggests the infant never existed. This of course is a societal lie.

We know from our Catholic faith that life begins at conception. Biology affirms the beating heart and the infant in the womb can feel sensations. Our culture wants us to forget a child’s life begins in the womb and is a person. The book affords us the opportunity to emphasize and affirm all life is sacred, even for the unborn.

The popular book and recently released film The Girl on the Train captures the imaginations of many. While many read the book or watch the movie only for leisure, they never take time to critically think about what happens, unless they belong to a book club.

As people of faith, immersed in our culture, we can try to find God even in our secular culture. The next time you take in a novel or a movie, I encourage you to find sentiments of God and faith. Perhaps it will open up a discussion with friends who have not thought about God in a while.

I am grateful to Bishop Barron for teaching me this, because it’s a way we can evangelize our secularized society.