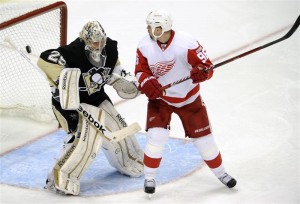 If you follow professional sports, and especially if you are a football or hockey fan, you undoubtedly are aware of the rash of concussions that have rendered players unfit to play. Now there’s a rash of lawsuits being filed against the National Football League, the latest of which includes a group of 106 retired football players, all alleging that the NFL should have done more to protect them from known risks.

We here in western Pennsylvania are acutely aware of this phenomenon. The Pittsburgh Steelers’ linebacker, James Harrison, was suspended for a game after concussing Colt McCoy with a helmet-to-helmet hit on the defenseless Cleveland quarterback. On December 13, I attended my first hockey game in years, watching the Detroit Red Wings beat the Pittsburgh Penguins, 4-1. It was an exciting, well-played hockey game that I enjoyed, but would have enjoyed more if two Penguins’ stars, Sidney Crosby and Kris Letang, had not been sidelined by concussions.

The question has arisen: Should the NFL and National Hockey League tighten the rules to protect players from concussions? Opponents argue that these sports are inherently risky and violent, and that to curtail the action in any way would diminish, if not ruin, the game. I respectfully disagree.

It’s time for the owners and commissioners to exercise leadership and take decisive action to reduce the incidence of concussions.

Let me offer the Detroit-Pittsburgh hockey game as Exhibit A in support of my case. I wish you could have been there. The game was a magnificent display of athletic skill and intense competition. The players’ wizardry on skates was accompanied by hard checks, collisions, and knockdowns on open ice, against the boards, and in the goalmouth. In other words, it was a clean game—tough, physical, without a whiff of wimpiness, but also without a single cheap shot.

This game was hockey as it was meant to be—artistic, fast-paced, and rugged. The play-making skill of Henrik Zetterberg, the power and precision of Evgeni Malkin’s booming shot, the magician-like stick of Pavel Datsyuk, the acrobatics of goalie Marc-Andre Fleury, were a wonder to behold.

Such displays of skill make hockey a great spectator sport—not goon-like thuggery where a player takes a shot at an opponent’s head. The hockey game I saw was physical enough to satisfy anyone other than a macho sadist. It had “manliness” without crossing a line where players’ lives were at risk from gratuitous and dangerous head-hunting.

I’m sure the commissioners and team owners are currently calculating whether the potential premature end of the careers of a sport’s marquee superstars (and the tens of millions of dollars that owners have invested in them) are worth risking to appease an appetite for mayhem. Even fans must think it would be a shame if the best players’ careers were abbreviated by brain damage. But the discussion needs to go beyond the welfare of star players. Every professional athlete, even a rookie just called up from the minors to make his major league debut, is a precious human being. None of these athletes should have to go through life brain-damaged because the leagues are unwilling to police headshots.

A sickness has crept into our culture. Some sports fanatics think that cheap shots that can result in brain injuries are a legitimate part of sports. This warped mentality brings to mind James Caan’s 1975 movie, “Rollerball.” In that futuristic world, the powers-that-be kept loosening the rules of the fictitious sport rollerball until players eventually were allowed to kill their opponents, so that victory would go to the team that survived—literally.

We seem ominously close to starting down the same senseless slippery slope as dramatized in “Rollerball.” In pagan societies, life is cheap and individuals are expendable. Think of the blood-thirsty Roman crowds in the Coliseum who derived perverse pleasure from seeing gladiators not just defeated, but destroyed.

Call me a wimp, if you wish, but it’s time for the owners, players, commissioners, etc., to rein in the headshots. It’s one thing in sports to want to physically dominate an opponent and “whup ‘em.” It’s something totally different to inflict brain damage on another human being for life.