Trending Now
You are at:Home»Featured»Squeezing Lemons
By Barb Lishko on March 14, 2014 Featured, Live in Christ 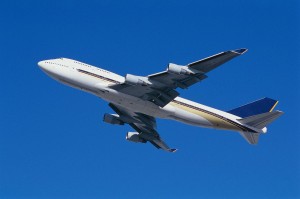 Our flight had taken off from Phoenix and we were happily heading west to Los Angeles. The animated chatter of the Barbie dolls heading for Cabo for Spring break floated throughout the plane. Halfway into the flight, after receiving my beverage, everything changed. Suddenly the plane was heading back to Phoenix and one engine was already shut down.

As word of what was happening spread throughout the jet, the disposition radically changed on board. If the plane was a mood ring, we had just transformed from blue to black in seconds. Fear replaced laughter, and panic was right on its tails. A cocktail of anger, alarm and anxiety stirred in the air as the plane headed west.

A variety of emotions filled the atmosphere and was echoed in the dialogue that ensued. Concern over missed connections, lost luggage and personal safety replaced the preceding cheerful chatter. The flight attendant quickly realized this and made an announcement to reassure everyone that all would be okay. There was a kind of awkward silence that hung like a cloud in the plane as everyone pondered the situation.

By the grace of God we landed safely and smoothly. Everyone exited the plane and went directly to the first available gate, where the real collision began to unfold. Initially, most people were patient. That lasted about ten minutes. Then the whining, complaining and rude comments began. First at a low mummer and then more volume was applied.

Being a stand-by passenger, (which translates into : a person of no consequence), I waited at the end of the line. Gate agents tried to handle the commotion as best they could despite the fact that other duties necessitated their attention. Each time they would walk away briefly the moaning redoubled.

A woman near me decided a phone call to management was in order and proceeded to insert the word “mismanagement of the situation” into each sentence she spoke. Apparently the rest of us failed to see what was somehow more obvious to her. The tone was terse and louder than necessary. Finally after a few minutes of this, the woman in front of me stated that we needed to put things into perspective. There were “starving people in Sudan fighting for their lives and we could have ended up in a fireball, but were alive and well.” This fell on deaf ears. Blah, blah blah, mishandled… she continued.

I was reminded of a homily a few years back. Our pastor had asked us, if he squeezed a lemon would the juice that came out be sweet or sour? We all agreed it was sour. He further queried, “Was it sour because the lemon was squeezed, or was it always sour?” The point of the sermon was this: when we are pressured and inconvenienced what type of juice flows from our lips?

“From the fullness of the heart the mouth speaks,” states Jesus in Matthew and Luke. What flavor is our heart? What taste do others get of our hearts when we are stressed and hassled?  Our true character is on display in these kinds of trials. Are we Christ-like or not? Life is full of bumps and challenges — they are unavoidable — and opportunities for us to practice virtue and love. These are moments that define who and Whose we really are.

Fifty people had their plans turned upside down this morning. Many more were affected, either positively or negatively, by their reaction to the situation. The woman before me proved she had a bigger world view and perspective. The other woman demonstrated for all in ear shot her small, self-interested, sour nature.

We have all been there; I have come a long way and I know I have a long way to go. God is certainly not finished with me yet, and I pray that he continues to be patient with me as I begin anew over and over.

I made a point before I boarded after being rerouted to thank the women for their patience under duress. They were gracious and appreciative that someone noticed. We all need encouragement when we make advances toward excellence and love and a little reminding when we don’t.

As for me, I am still stuck here in Dallas, a long way from where I thought I would be seven hours ago. It is going to be a long night, traveling from gate to gate hoping my nobody status will eventually net me a seat headed to Denver. For all you people who think airline employees have it made with free flights, this is a peek at what it really looks like.

In this moment, perhaps I am given more opportunities to grow in patience, trust, and hope. Thank God he loves me enough to give me more practice.