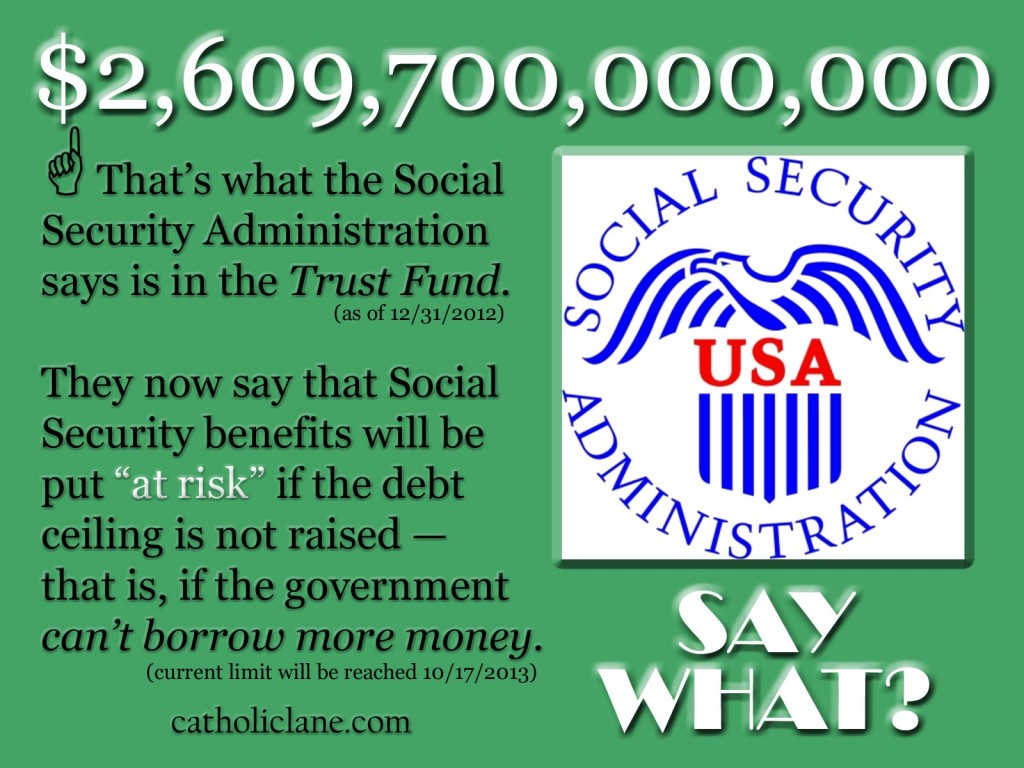 In response to a flood of questions from concerned beneficiaries, the Social Security Administration, in consultation with the Treasury Department, has begun advising people that it cannot guarantee payments after Oct. 17 unless and until Congress acts.

One wonders why that spokesman couldn’t be named.