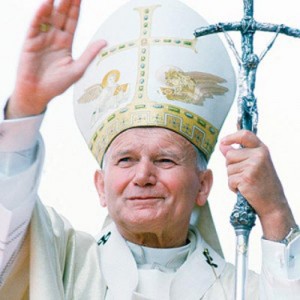 As Pope, he made such a mark that he is often referred to as John Paul the Great.  Among his great achievements are the following:  He …

gave us the Catechism of the Catholic Church

established a special rapport with youth

wrote 14 encyclicals, including Laborem Exercens which stood firmly against exploitation of workers