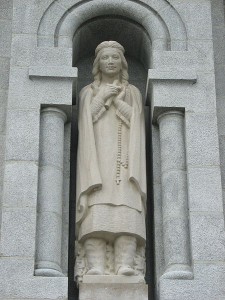 Statue of St. Kateri Tekakwitha on the outside of the Basilica of Sainte-Anne-de-Beaupré, near Quebec City.