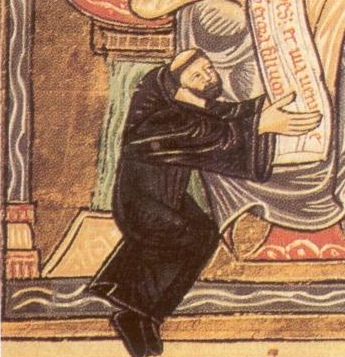 ON Christmas-eve, 877, a noble of Aquitaine implored Our Lady to grant him a son. His prayer was heard; Odo was born, and his grateful father offered him to St. Martin. Odo grew in wisdom and in virtue, and his father longed to see him shine at court. But the attraction of grace was too strong. Odo’s heart was sad and his health failed, until he forsook the world and sought refuge under the shadow of St. Martin at Tours.

Later on he took the habit of St. Benedict at Baume, and was compelled to become abbot of the great abbey of Cluny, which was then building. He ruled it with the hand of a master and the winningness of a Saint. The Pope sent for him often to act as peacemaker between contending princes, and it was on one of those missions of mercy that he was taken ill at Rome. At his urgent entreaty he was borne back to Tours, where he died at the feet of ” his own St. Martin,” in 942.

Reflection.—”It needs only,” says Father Newman, “for a Catholic to show devotion to any Saint, in order to receive special benefits from his intercession.”