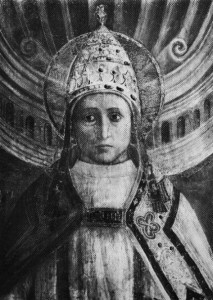 THIS learned father and apostolic man flourished in the second century. He was by birth a Sicilian, by profession a Stoic philosopher. His esteem for virtue led him into an acquaintance with the Christians, and being charmed with the innocence and sanctity of their conversation, he opened his eyes to the truth. He studied the Holy Scriptures under the disciples of the apostles, and his thirst after sacred learning brought him to Alexandria, in Egypt, where the disciples of St. Mark had instituted a celebrated school of the Christian doctrine.

Pantænus sought not to display his talents in that great mart of literature and commerce; but this great progress in sacred learning was after some time discovered, and he was drawn out of that obscurity in which his humility sought to bury itself. Being placed at the head of the Christian school some time before the year 179, by his learning and excellent manner of teaching he raised its reputation above all the schools of the philosophers, and the lessons which he read, and which were gathered from the flowers of the prophets and apostles, conveyed light and knowledge into the minds of all his hearers.

The Indians who traded at Alexandria entreated him to pay their country a visit, whereupon he forsook his school and went to preach the Gospel to the Eastern nations. St. Pantænus found some seeds of the faith already sown in the Indies, and a book of the Gospel of St. Matthew in Hebrew, which St. Bartholomew had carried thither. He brought it back with him to Alexandria, whither he returned after he had zealously employed some years in instructing the Indians in the faith. St. Pantænus continued to teach in private till about the year 216, when he closed a noble and excellent life by a happy death.

Reflection.—”Have a care that none lead you astray by a false philosophy,” says St. Paul, for philosophy without religion is a vain thing.