Trending Now
You are at:Home»Featured»“Sticks and Stones” and Down Syndrome Eugenics
By Kurt Kondrich on September 26, 2011 Featured, Life Issues & Bioethics, MyChurchParish.com 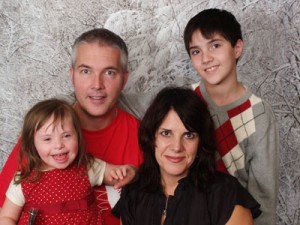 As a young boy growing up a popular phrase taught was “Sticks and stones may break my bones, but names will never hurt me.” This advice proved to be very useful in my childhood and very handy when as an adult I became a Police Officer and dealt with a barrage of inappropriate names from individuals I confronted.

Today there is a large and active movement to “Spread the word to end the word” referring to the word “retard” http://www.r-word.org/. I am the father of a beautiful 8 year old daughter Chloe who has Down syndrome, and if Chloe was born in 1963 (my birth year), she would have been labeled a “mongoloid” or “retard,” and more than likely sent away to an institution for a life of exclusion — but she would have not been terminated. Let me be very clear that I cannot stand or tolerate the use of derogatory words for persons with intellectual disabilities or for anyone, and I confront and correct people immediately when they use offensive phrases. 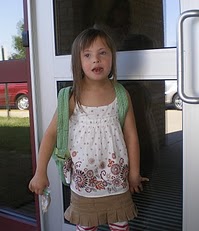 During the holocaust, it was common for Jewish people to be marked with a yellow Star of David with the word “Jude,” which caused them to be identified, persecuted, and oppressed by demonic members of a society who targeted and terminated over 6 million Jewish people. Do you think the Jewish people during that time were more concerned about the yellow stars or the fact that their family members, friends, and neighbors were being rounded up and thrown into human ovens? Can you imagine a movement “Spread the word to remove the stars” with nothing being done to address the holocaust?

If our lost culture does not wake up very soon and spread the word to end Down syndrome eugenics, then the “R” word will be “REGRET” for failing to stop this silent holocaust.