Trending Now
You are at:Home»Learn & Live the Faith»Catechesis»Streets of Gold, Canals of Green Beer, and Seeing is Believing!
By Rev. Tucker Cordani on March 18, 2012 Catechesis, Featured 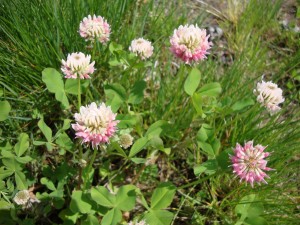 Rejoice Jerusalem and all who love her.  Be joyful, all who were in morning and be satisfied at her consoling breast —  Isa 66:10-11.

“My name is Patrick.  I am a sinner, a simple country person, and the least of all believers.  I am looked down upon by many. … I was taken prisoner … I did not know the true God.” [1]

I have taken this excerpt from the Confession of Saint Patrick.  Born in Wales in AD 389, Patrick was sold into slavery in Ireland.  For six years he worked as a shepherd, during which time he discovered prayer.  Somehow he managed to escape and returned home only to discern that the Lord wanted him to evangelize pagan Ireland.  It was then, Patrick writes, “that the Lord opened up my awareness to my lack of faith.” [2]

By believing in the Word, Patrick became a missionary and his legacy has made him one of the most popular saints in Church history.  This happened because he believed that what God revealed to him in prayer during his captivity was true.  The Church commemorates his birth into eternal life on March 17.

In Holyoke, Massachusetts, the city where I serve as parochial vicar in two parishes, devotion to Patrick happens year-round.  As I write I hear the street-sweepers dusting off the pavement for the annual road race, set to begin this morning, and followed by the parade scheduled for Sunday, a parade I am told surpasses big city shindigs in Boston, Chicago, and New York.  On this weekend the streets of Holyoke are lined with gold and the city’s network of canals, holdovers from its industrial prime, will be brimming with green beer.

Seeing is believing and as early as Wednesday I began to see rows of lawn chairs chained to telephone poles as citizens staked their claim on every available plot of land along the avenues of the parade route.

To be sure, Saint Patrick’s Day weekend is cause to celebrate in a city where the Irish-American residents claim to be more Irish than the Irish.

As a priest, it is my hope and prayer that the events slated for the occasion, which have been in the works since last year, don’t overshadow the great day of rejoicing in the Church known as Laetare Sunday.

Rejoice Jerusalem and all who love her.  Be joyful, all who were in mourning and be satisfied at her consoling breast. [3]

Laetare Sunday, which we celebrate on this Fourth Sunday of Lent, is a moment of joy meant to encourage believers to persevere with spiritual preparation for Easter.  Laetare Sunday has as its counterpart Gaudete Sunday during Advent, which encourages believers to continue preparing for Christmas.  On both days the Church permits priests and deacons to wear rose-colored vestments at her liturgies, rose the color of the glimmer of hope on the horizon at dawn announcing the new day of the Lord.

The events we celebrate at Christmas (the Incarnation) and at Easter (the Resurrection) are so important to the lives of believers, indeed to humanity, that they require special periods of preparation that we may prepare ourselves to receive the Lord in our lives in ways that would be unimaginable without the power of believe that comes from God through grace.  This is the greatest grace possible and it comes from him not because we have earned it by our works – a lifetime of prayer would not accomplish salvation — but because he “so loved the world” and wants us to believe in him.

God so loved the world that he gave his only Son, so that whoever believes in him might not perish but might have eternal life  — John 3:16.

According to many people who have filled me in on Saint Patrick’s Day weekend in Holyoke, a half million people swarm the city for the parade.  The population of Holyoke is about 50,000, a shadow of its former self back when the Paper City as it is known was king of New England mill towns.  Would that I might see somebody holding up a sign in the midst of the melee, holding up a placard the way they do at football games: John 3:16.  That is all it would take for me to become a true believer that the spirit of God undergirds worldly undertakings of biblical proportions.  The centerpiece of the weekend is the vigil Mass on Saturday celebrated by the bishop; attendance, like the population, power, and import of the mills, continues to decline.  Still the fire engines and Shriners scooters will roll Sunday precisely at 11:30.  Not since the Exodus has a portion of humanity moved so deliberately toward exercising its freedom.  Yes, freedom, but of what sort?  At what cost?

In our catechism it says:

Believing is possible only by grace and the interior helps of the Holy Spirit.  Believing is an authentically human act.  Trusting God and cleaving to the truths he has revealed are contrary neither to human freedom nor to human reason. (CCC no. 154)

Freedom means surrender.  Saint Patrick discerned this paradox through years of contemplative prayer as a slave tending sheep on the hillside in Ireland.  In order for him to be free, he had to return to ‘that place of slavery,’ only know he believed that, either in chains or free, he lived in God’s Word and he acted accordingly, preaching to evangelize the Irish.  “Believing is an act of the intellect assenting to the divine truth by command of the will moved by God through grace.” [4]

That is quite a dense statement by the Angelic Doctor but it supports the truth that the nonbeliever, given but a shimmer of hope through grace, can act their way into right thinking and come to believe in the truth of God’s Son and the redemption he has offered the world.  That deserves more than green beer, a road race, and a parade.  It deserves the celebration held on Laetare Sunday by Holy Mother Church, who nourishes believers abundantly at her consoling breast.

Christian joy is not based on temporalities but is founded on the love of God who offers us the grace to become believers and to trust that if we act according to his will we will receive eternal life, in quality if not in duration.  That is the good news proclaimed by Isaiah, that God grace nourishes the faith of believers throughout the world.