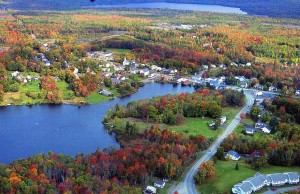 Not long ago I encountered two people who were arguing in favor of a libertarian presidential candidate and making the argument that his election would lead to greater subsidiarity in the United States. Neither of these individuals agreed with this candidate’s libertarian philosophy. Both, in fact, saw his philosophy as significantly flawed. Their only argument was that he would be the candidate who would most likely accomplish greater subsidiarity. My interlocutors may have been entirely correct on this point, though I have my doubts that subsidiarity would be a long-term effect of his presidency. There may be those who are confused and think that the Catholic doctrine of subsidiarity is the same as libertarian or other “small government” doctrines common in the United States. I would like to highlight some of the differences between the two.

Some of the most significant of these include the following:

2) Because subsidiarity claims that human nature is communal the same doctrine claims that our obligations to the community are imposed by nature, rather than by free agreement. So, for example, the authority of the government comes from God and the natural law rather than the free consent of the governed. The people must obey whether they have consented or not. A just salary or wage is determined by the employee’s financial need (provided the employer has sufficient resources to pay an amount which meets this need and still have his own financial needs and the needs of sustaining his business met) rather than by a free agreement between employer and employee. We must contribute to the common good of the community (town, country, nation, etc.) in which we live. Even if we do not wish to do so, we can justly be compelled against our will to do so and the government can compel us to this even if we have never consented to the government’s existence or right to do so.

In contrast, the libertarian does not see the human person as under any obligation which he has not placed himself under. So, for example, the libertarian would argue that government must be based on the consent of the governed. Free agreement between employer and employee would be sufficient for a salary or wage to be just. We have no obligation to contribute to the good of the community unless we have first consented to contributing to that good or, at least, consented to the government’s existence.

3) According to subsidiarity the good is to be pursued communally under the direction of and, if necessary, compulsion by the government.

For libertarianism the good is to be pursued individually or by private organization that individuals have freely joined. Government exists merely to leave individuals free to pursue the good rather than direct them to do so.

4) The doctrine of subsidiarity holds that the common good has priority over individual freedom.

5) Subsidiarity understands relations between human persons, between the individual and the community, primarily in terms of moral obligations and secondarily in terms of rights. The role of government is to enforce obligations. The government must not simply restrict sins of commission (such as murder) but also present sins of omission (such as failing to contribute to the material support of the community) by compelling individuals into pertinent obligatory actions.

Libertarian doctrine understands relations between human persons and between the individual and the community in terms of rights and does not accept obligations aside from those who have been freely consented to. He or she understands the role of government as limited to the protection of rights. For this theory the government must only restrict sins of commission and must ignore sins of omission.

The first is that particular situations and particular needs are unique and best addressed by those who are most competent to understand and respond to this uniqueness. Related to this point is that responses to problems must be “organic” rather than rationalistically conceived and uniform plans to impose utopia. In subsidiarity local government control perfects the real where modern big government centralization attempts to create a false ideal.

The second reason is that there should not be more government control and more restrictions on freedom than are necessary for the common good while freedom still remains essentially subordinate as already said.

In the second place it is inevitable that either government controls money or money controls government. Building on the above, government control of money is in the public interest as well as the interests of the common good. If business (“money”) controls government, it can capture the private good, and business, particularly big business, which is largely unregulated by government, will create a plutocracy/plutonomy. A proper economy is one in which there are strong government regulations of private business and of the market as opposed to both an unregulated market and a socialist command economy.

9) For subsidiarity, freedom is primarily freedom to live a Catholic and moral life, to pursue authentic cultural goods and to live in a community of life with one’s family, friends and neighbors. Economic freedom is of relatively low priority. Material wellbeing to pursue these higher goods is necessary and both this material wellbeing and the pursuit of these higher goods can necessitate placing restrictions on economic freedom.

Libertarians, on the other hand, are mostly preoccupied with economic freedom.

10) Subsidiarity holds government and authority, and our subordination to it, to be fundamentally good even while affirming the value of a high degree of freedom and whole recognizing that there can be excessive and tyrannous government control. Without subordinating either individuals or communities to the state, subsidiarity considers the existence of the state and of authority to be part of the common good (not merely means to the common good) and so, insofar as they are part of the common good, to be ends in themselves.

The libertarian holds that government, the state and authority are entirely means to the preservation of freedom and of individual rights and in no way as goods in themselves. They may even hold government to be “a necessary evil” rather than a positive good. Some even hope for a capitalistic withering away of the state.

11) Finally, subsidiarity sees human relations primarily as cooperative. Part of the communal nature of the human person is to live in charity, benevolence and mutual cooperation with others. This is not to deny that the effects of original sin often lead us to fail to live up to our nature in this regard. This is not to argue for a pure altruism and deny legitimate self-interest, even in some cases at the expense of others (as when two people compete for a job). But it is to affirm that cooperation rather than competition is the basic reality of human relations. The role of government is specifically to further and to enforce such cooperation for the sake of the common good.
Libertarianism understands human relationships in a basically competitive way. The market is seen as a ground of competition.

I do not see this list of difference as being exhaustive and I certainly have not been able to develop any of the points mentioned at the length. However, I hope this piece will be a useful summary of some of the major differences between the two doctrines and can aid and pinpoint why those who wish to implement and justify authentic localism and pursue the common good cannot turn to libertarian theories.

This article courtesy of The Distributist Review.