Trending Now
You are at:Home»Columnists»Tax Cuts and Deficits: Fact vs. Fiction
By Dr. Paul Kengor on September 26, 2013 Columnists, Featured, Government & Politics, The Economy 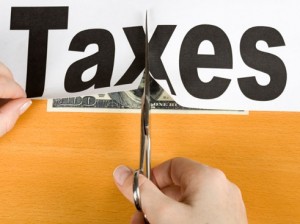 In my previous column, I underscored the 1920s lessons that President Obama and fellow “progressives” need to learn. These include the value of tax cuts — lessons that the president and his allies will refuse. They want big, expanded government, not big tax cuts and government restraint.

Treasury Secretary Andrew Mellon, who understood that reducing tax rates can actually create more revenue, wasn’t proffering some mere academic theory. He and Presidents Warren Harding and Calvin Coolidge cut the 73-percent upper-income rate left by President Woodrow Wilson. In 1922, it was cut to 58 percent; by 1925, to 25 percent.

What happened? Not only did the economy boom, vanquishing Wilson’s double-digit unemployment, but Coolidge consistently balanced the federal budget. Mellon was right: More revenue came in, rising from $700 million to $1 billion.

Unfortunately, “progressive” President Franklin Delano Roosevelt skyrocketed the top rate to 94 percent. It would be reduced to 70 percent by 1965, but it took President Ronald Reagan to return it to Mellon-era levels, ultimately to 28 percent. Like Mellon, Reagan saw federal revenue increase, from $600 billion to $1 trillion.

So, why did deficits increase under Reagan? Liberals insist his tax cuts generated deficits. They’re wrong. It’s crucial to understand how and why.

Reagan’s deficits resulted from revenue loss during the 1981-83 recession and — foremost — from excessive spending. As revenues rose from $600 billion in 1981 to $1 trillion in 1989, spending — on social programs by congressional Democrats and on defense by Reagan — soared from $678 billion to $1.143 trillion.

Reagan biographer Lou Cannon calls the Reagan deficits “war-time deficits,” aimed at winning the Cold War and terminating the Soviet Union. Once they did, they paved the way for President Bill Clinton to slash defense spending and balance the budget.

Think about that: Reagan’s deficits peaked when the upper tax rate was 50 percent, far higher than the 39.6 percent that President Obama and liberal Democrats demanded. If Obama believes deficits will come down with a 39.6-percent upper rate, why didn’t they go down with Reagan’s 50 percent?

That gets back to the main reason for most deficits: excessive spending. History tells us this again and again. It’s an irrefutable, common-sense fact. It’s an elementary fact that liberals/progressives resist because it stands in the way of what they really want to do: grow government and redistribute wealth.