Trending Now
You are at:Home»Featured»Ten Tips To Help You Stay a Sane and Effective Catholic
By Nicole DeMille on November 23, 2013 Featured, Live in Christ, MyChurchParish.com 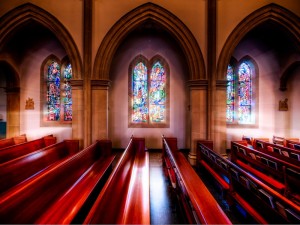 1. Do not get your news and information about your religion, your Church, your Pope, or anything even remotely related to any of the aforementioned, from secular mainstream media, whether televised, in print, or online.  They are not with us, and they are not neutral.  They are against us.  Moreover, they do not bother to fact-check.  They do not possess even a rudimentary knowledge of Catholicism, and if you are shaky on your own faith, they can actually make you think something is true when it’s really silly, misstated, out of context, or downright fictional.  Remember, remember, the condom debacle of Pope Emeritus Benedict if you need an illustration of this tip.

2. Do not live your life in a “Protestant versus Catholic” dynamic.  If you are, you are actively protesting Protestants, which makes you a protestant of sorts yourself.  You want to help a Protestant?  Recognize him or her as a brother or sister in Christ.  Answer any and all questions charitably and clearly. But do not engage in pages long or days long grudge matches about denominations versus Catholicism.  NO ONE benefits.  No one converts through prideful, protracted screeds.

3. Be this guy: the one in the parable who says, “God have mercy on me, a sinner.”  Be that guy every day.  Be the woman who just attempted to touch the fringe of Jesus’ garment.  Realize how sinful and small you can be, and don’t get too high on yourself because you have a lot of book knowledge about church buildings, or music, or the doctors of The Church. It’s extremely important to study those things, and God loves it when we immerse ourselves in them, yes, yes, yes.  BUT don’t get so far up your own skirt that you think you’re the queen of the Catholics and everyone else is so fortunate to benefit from your learnedness.  Holy rusticity.  Remember that phrase.

4. Pray for other people.  Intercessory prayer works.  It works for them and it works for you, to keep your mind off of your own defeats and victories.  Pray especially for those who annoy you.  They may annoy you because they remind you of your own deficiencies.  Or they may annoy you because they are TRYING to annoy you, and if they are doing that, then maybe they are like those boys in sixth grade who push you on the ground at recess because they secretly like you and don’t know what to do about it.  They need attention.  Give it to them in spades. Kill ’em with kindness.  And give them that gift that keeps on giving: intercessory prayer.

6. Replace your wishbone with a backbone.  Stop wishing that your parish was more this or that.  Stop wishing that people would stop saying mean things about the Pope.  Instead, take action.  Get involved at your local parish level.  Feed the local hungry.  Talk about the Pope to people and say true, wonderful things before they even get a chance to say what they heard on MSNBC. Get a little bit of courage, just a little, and your evangelizing will improve.  Sometimes I’ll give a longer answer than someone wanted when they ask a question about Catholicism.  But you know what?  It’s a true, accessible, verifiable answer.  I plant a seed, and then offer to tell them more if and when they want to know.  Sometimes they look at me crooked.  But hey, I’m 44 years old and I taught high school for eight years. So a yucky face doesn’t scare me.

7. Spend time with Jesus.  And by that I mean, the Blessed Sacrament.  Sit with Him.  If you do this and you don’t feel something, if you don’t get results, I will eat my hat.

8. Know when to kick the dust off  your feet.  If you are evangelizing someone and that person is either calling you names, or seems to be feeling WORSE about Catholicism than when you started, you aren’t the person to do the job.  Not everyone has to like you.  Walk away, pray, and then maybe someday, as Bill Murray says in What About Bob?, you can call back and try to reconnect.

9. Give Everything.  Huh?  Yes.  Give money to the poor until your husband makes that wincing face that means he’s not so sure you’re not drunk.  Give hugs to people who don’t look so clean.  Give compliments to people who already act like they think they’re fabulous, because the truth is they are the most insecure.  Give an ear to someone whose story is boring, repetitive, and you can’t really solve the problem therein anyway.  Give a smile to EVERYONE.  I smile at everybody, and sometimes they will quite literally return my smile with a dirty look. So what?  Maybe they are in physical pain.  Maybe they are getting divorced.  Maybe they have been hurt by so many people that they don’t even trust the simple gesture of a smile from a fellow human being.  The response doesn’t negate the rightness and goodness of my act.  Remember that: the response doesn’t negate the rightness and goodness of my act.

10.  Appreciate your Catholic identity.  Don’t take it for granted.  You are fortunate, blessed, chosen, graced, and just plain supposed to be Catholic.  Don’t just sit there feeling like being Catholic is like having curly hair or being Italian.  It’s an amazing thing to belong to this universal, beautiful, eternal Church that is pre-denominational, that does more for charitable causes than any other organization in the world, and that welcomes ALL people from everywhere in whatever state they are in, to meet Jesus here, get to know Him, and consider staying a while, or, hopefully, forever.