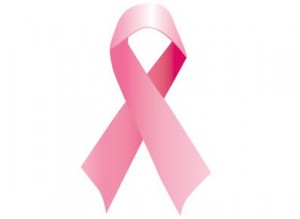 In the debate surrounding the purported link between abortion and breast cancer (ABC link), there has arisen a core of individuals whose demeanor can best be described as zealous. This group has all but abandoned the core scientific principle of allowing themselves to be led, without prejudice, by the preponderance of the scientific data.

It is a dangerous tack that they have taken for as scientists we are trained in a method that is meant to protect us, and the public who listen to our informed opinion, from the errors that come with thinking not in empirical terms, but from hewing to outmoded orthodoxies. Scientists and physicians fall into this error time and again, which precludes being open to new information.

Currently the abortion breast cancer debate swirling in Australia as one of the chief proponents of this link (Dr. Angela Lanfranchi) is there to give a presentation on the topic. This debate provides us a window into this issue of orthodoxies creeping into the scientific community and taking stubborn hold. The identity of the orthodox wing in this debate, and its machinations, may be surprising.

At the heart of science lies discovery which involves a change in worldview. Discovery in science is possible only in societies which accord their citizens the freedom to pursue the truth where it may lead and which therefore have respect for different paths to that truth.

While Polanyi’s words beg to be taken to heart, the reality behind the denial of the ABC link is rooted in precisely the abuse of intellectual freedom Polanyi abhors. For over a decade in the United States all major medical and cancer societies have adopted the position that there is no link between abortion and breast cancer. They have done so based upon a single workshop conducted at the U.S. National Cancer Institute.

Chief Epidemiologist Dr. Louise Brinton, who dismissed the unambiguous data in the literature establishing an ABC link, chaired this workshop. In it only those on her side of the issue were given a voice. Brinton would go on to coauthor a paper six years later that included oral contraceptive use and induced abortion as risk factors for breast cancer. For an excellent update on the state of the international literature in the field, Dr. Joel Brind gives one here.

Far from discredited junk science, researchers all across Asia, Europe, the Middle East, and the Americas continue to do research, publish in peer-reviewed journals, and continue to substantiate the ABC link. Their data, contained in two meta analyses discussed by Dr. Brind, all build on a devastatingly simple biological model that even the data deniers at NCI do not refute.

When a woman becomes pregnant her estrogen levels increase 2,000 times greater than baseline. The immediate effect is a swelling of breast tissue as the number of ductal cells roughly double. These cells are immature, undifferentiated, and cancer-prone. In the latter part of the second trimester and during the third trimester human placental lactogen is produced by the placenta, which matures and differentiates about 85% of the breast tissue from the cancer-prone Type 1 and Type 2 cells to milk producing and cancer resistant Type 3 and Type 4 cells. With breast-feeding and successive pregnancies the remaining 15% of cells are successively transformed to cancer resistant cells.

This is not only true in humans, but has been repeatedly demonstrated in animal models as well.

These facts are not in dispute by either side. Neither are the data showing that women who suffer first trimester miscarriage have no increased risk of breast cancer compared to women who have induced abortion, as their hormone levels never really increase appreciably. Neither in dispute are the data that demonstrate the earlier a woman has a first full term pregnancy, the lower her risk for breast cancer.

Neither are the data by Danish epidemiologist Dr. Mads Melbye who discovered a 3% increased risk of breast cancer for every week after week seven of gestation where women have an induced abortion. He found an 89% increased risk of breast cancer after week eighteen in women who have had induced abortions. Melbye, it must be noted, denies the validity of his own statistically significant data.

Let that sink in for a moment.

Melbye, Brinton, and the rest of the NCI coterie deny the validity of their own data (as well as data from all over the globe), data that time and time again substantiate the ABC link. Their sole reason for denying the data in case-control studies (which are retrospective analyses) is the assertion that women who have had induced abortions are more likely to recall them, or report them if they have breast cancer.

Dr. Janet Daling who included in one of her studies a test of this putative bias, studied women with cervical cancer and found absolutely no recall bias in her cases or controls. That makes sense because nearly all cervical cancers are caused by human papilloma virus. Janet Daling also publishes with the deniers.

That’s all they have: A disproven assertion, destroyed by one of their own.

That’s all there is behind the attack on results substantiating an ABC link in over seventy peer reviewed papers and two meta analyses. A small group of deniers with a large platform who didn’t give time or fair hearing at the workshop held to address this significant objection to results that cut across nations, cultures, religions, and reproductive practices and belief systems.

So how to explain all of this? The elephant in the room isn’t induced abortion as that which prevents attaining the protective effect of placental lactogen in the latter stages of pregnancy. The issue is the legality of induced abortion and what the frightening specter of breast cancer fifteen or twenty years later might mean.

In other words, it’s scientists denying scientific data because of a political agenda. In the words of Dr. Leslie Bernstein who helped run the sham NCI workshop which so many scientific societies have swallowed uncritically:

The biggest bang for the buck is the first birth, and the younger you are, the better off you are….There are so many other messages we can give women about lifestyle modification and the impact of lifestyle and risk that I would never be a proponent of going around and telling them that having babies is the way to reduce your risk. I don’t want the issue relating to induced abortion to breast cancer risk to be part of the mix of the discussion of induced abortion, its legality, its continued availability. I think it should not be part of the argument.

This flies in the face of the freedom so essential to not only pursuing scientific truth, but in keeping the scientific community the free society Polanyi so eloquently proposes. Political orthodoxy has trumped the science and reason of hundreds of epidemiologists all over the globe, in scores of studies.

Predictably the deniers will as a last resort point to the religious faith of some, suggesting that people of faith are incapable of adhering to the scientific method and discovering truth. Such orthodoxy prevents the funding by NCI of further studies along the ABC line of investigation, which only hurts women and their families in the long term.

This month, Australians have in their midst a physician and surgeon who boldly proclaims the truth of global discoveries. Can we all be wrong? And should a small band of highly placed scientific truth deniers sell the public on the scientifically heretical idea that there is such a thing as settled science around hotly contested issues?

If one’s hypothesis isn’t open to being falsified by further research, then by definition one has exited science and entered the realm of orthodoxy. Such is the political orthodoxy, so truthfully stated by Dr. Bernstein, that has led so very many away from a small mountain of clear and convincing data on an issue impacting hundreds of millions of women who have had induced abortions.

This isn’t how good science is done. It is the very thing of which they accuse us: substituting political orthodoxy for science and reason.