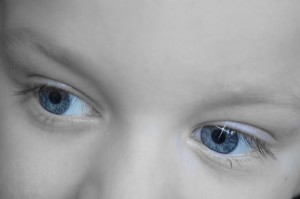 “The net effect of this language system was not to keep these people ignorant of what they were doing, but to prevent them from equating it with their old, “normal” knowledge of murder and lies. Eichmann’s great susceptibility to catch words and stock phrases, combined with his incapacity for ordinary speech, made him, of course, an ideal subject for “language rules.” (Hannah Arendt, Eichmann in Jerusalem: A Report on the Banality of Evil.

When I first came across the Planned Parenthood videos, in which the PP representatives talked in the most commonplace terms about methods for killing babies to enhance the harvestability of organs for resale, my thoughts turned back some 54 years to the trial of Adolf Eichmann, an SS officer who supervised the transport of Jews to death camps. He had fled to Argentina, was captured by Israeli agents, stood on trail in Jerusalem, was sentenced to death, and executed.

In that trial, Eichmann testified about the Wannsee Conference”, which was held in 1942 to frame the “Final Solution of the Jewish Problem”. Eichmann, an aide of SS General Reinhard Heydrich, who headed the conference, portrayed himself as a non-participant, only a recording secretary, who was horrified by the proposed methods. An earlier interview in Argentina with the Dutch Nazi collaborator Willem Sassen shows him, however, to be a dedicated anti-semite.

I want to show that both the Nazi elimination of Jews and Planned Parenthood’s commercial traffic in baby parts proceed from similar principles: for the Nazis, Jews were not human, and could be eliminated in order that they not contaminate the “Master Race”; for Planned Parenthood, a fetus is not a human being (even if it emerges partially from the birth canal), because it has not been “born”.

These principles were not stated explicitly, but they were fundamental in all the propaganda from the Nazis and from the advocates of partial-birth abortion. Those involved in these decisions, as the transcripts show*, have no qualms about their projects; there is no hint of conscience being over-ridden.

At the 90 minute buffet luncheon where the annihilation of 11 million people was discussed, the following guidelines were setup:

Heydrich … observes, ‘Approximately eleven million Jews will be involved…’ He further states in the Protocol, ‘In large, single-sex labor columns, Jews fit to work will work their way eastward constructing roads. Doubtless the large majority will be eliminated by natural causes. Any final remnant that survives will doubtless consist of the most resistant elements. They will have to be dealt with appropriately because otherwise, by natural selection, they would form the germ cell of a new Jewish revival.’ In other words, none would be allowed to survive.  Beginning with Germany proper and the Protectorate of Bohemia and Moravia, Europe was to be cleared of Jews from west to east ” United States Holocaust Memorial Museum,  Wannsee Conference and the Final Solution,

As Eichmann observed in his trial testimony, the atmosphere was not grave but, shall we guess, convivial?

“… then in the second part, everyone spoke out of turn and people would go around, butlers, adjutants, and would give out liquor. Well, I don’t want to say that there was an atmosphere of drunkenness there. It was an official atmosphere, but nevertheless it was not one of these stiff, formal, official affairs.”  Adolf Eichmann, Trial Testimony

The atmosphere at the lunches where PP  doctors met with representatives of the Center for Medical Progress (CMP) was also convivial. The best wines (white or rose) to go with fish, good routes through northern LA, etc. were highlights.There’s almost too much to quote from the transcripts. Costs for fetal body organ and efficient ways to procure them were discussed as if an auto supply dealer was discussing replacement parts.  The killed babies were viewed as objects, not as potential human beings whose lives had been terminated for the convenience of the female carrying the child.

“Buyer: There’s times depending on the specific project that people want pancreas at 9 weeks, 10 weeks. From my perspective, I think it’s not going to be reasonable to be collecting at a site that does not have the capability to go farther up in to the 2nd trimester. It doesn’t mean that the facility needs to go all the way up to 24 weeks every time but, to be able to at least say we can go up to 12 and 16, 12 and 18 would probably be better, for the age protocols that require later gestational tissue, 18 weeks is kind of the lowest range, 18 to 20, 24 for certain things. So, if we could get up to 18, that would make it worth it to be operating at that site.

PP: Ok, and we have some affiliates that use digoxin or some other feticide and that would basically limit. So, in general, you’re probably going to be able to get to twenty weeks, it’s going to be very unusual to get a patient that’s above twenty weeks. At the Planned Parenthoods in California. New York, doesn’t use digoxin at all-

Buyer: Not at all.

“Buyer: We need liver and we prefer, you know, an actual liver, not a bunch of shredded up—

Buyer: Yeah. Or especially brain is where it’s actually a big issue, hemispheres need to be intact, it’s a big deal with neural tissue and the progenitors, because those are particularly fragile. If you’ve got that in the back of your mind, if you’re aware of that, technically, how much of a difference can that actually make if you know kind of what’s expected or what we need, versus—

PP: It makes a huge difference. I’d say a lot of people want liver. And for that reason, most providers will do this case under ultrasound guidance, so they’ll know where they’re putting their forceps. The kind of rate-limiting step of the procedure is the calvarium, the head is basically the biggest part. Most of the other stuff can come out intact. It’s very rare to have a patient that doesn’t have enough dilation to evacuate all the other parts intact.

Buyer: To bring the body cavity out intact and all that?

PP: Exactly. So then you’re just kind of cognizant of where you put your graspers, you try to intentionally go above and below the thorax, so that, you know, we’ve been very good at getting heart, lung, liver, because we know that, so I’m not gonna crush that part, I’m going to basically crush below, I’m gonna crush above, and I’m gonna see if I can get it all intact.”  [emphasis added].    ibid, p. 11

Ipse dixit (It speaks for itself).Note that the “crushings” are discussed as if one were finding the best way of crushing a walnut to extract the meat.   And as the Nazis discussed ways of killing Jews that would be most economical and least disturbing to the local populace–they finally settled on the gas chamber.

Do Those Sin Who Know Not They Do Evil?

Both the Nazi officials at Wannsee and the Planned Parenthood doctors have committed acts that we as Catholics take to be mortal sin, killing or planning to kill innocent humans. The Nazis did not and the PP doctors evidently do not regard what they are doing as sinful.

If we turn to the Catechism we find

“For a sin to be mortal, three conditions must together be met: “Mortal sin is sin whose object is grave matter and which is also committed with full knowledge and deliberate consent.”[emphasis added].   CC, 1857, quoting St. Thomas Aquinas.

“Mortal sin requires full knowledge and complete consent. It presupposes knowledge of the sinful character of the act, of its opposition to God’s law. It also implies a consent sufficiently deliberate to be a personal choice. Feigned ignorance and hardness of heart do not diminish, but rather increase, the voluntary character of a sin.,,,Unintentional ignorance can diminish or even remove the imputability of a grave offense. But no one is deemed to be ignorant of the principles of the moral law, which are written in the conscience of every man.” [emphasis added] CC. 1859, 1860.

The last statement clinches it. Assuming as a principle that humans can be selectively classified as unworthy of life–as elderly, as disabled, as unborn, as ethnically “impure”, as mentally challenged–violates that which is, or should be, written in the conscience of every man. Therefore, the Nazis and the Planned Parenthood doctors are guilty of mortal sin.

Those perpetrating these sins attempt, as in the opening quote, to justify their actions by euphemisms, by changing “the language rules”, as Hannah Arendt so aptly puts it: those advocating killing the unborn are called “pro-choice”; using chemicals to kill an unborn is called “feticide”, and so forth.

What is the solution? To pray for the conversion of those who do not recognize that each human is a life given by God. There have been instances of such conversions: witness that of Dr. Bernard Nathenson. So we should not be without hope.