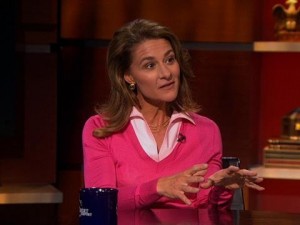 Led by the wealthiest of the wealthy—Bill and Melinda Gates and Warren Buffet—an organized effort is afoot to entice fellow high rollers to be charitable toward the less fortunate. Their brainchild, a club for billionaires, is exclusively for those who are worth at least a billion dollars and have pledged to give no less than half of that money to philanthropic endeavors.

Among the more than 100 billionaires who have chosen to sign the Giving Pledge, seven agreed to talk with CBS News about their reasons for becoming part of this elite charitable group composed of the wealthiest luminaries in the world.

This admirable commitment to charity sounds incredibly good, and there is no doubt that the poverty-stricken of the world need assistance in order to escape the dismal future that is common fare for many, particularly in developing nations. But there could be a huge fly in the ointment.

While we do not know the giving patterns of every single one of these wealthy individuals, we do know that the Gates duo has made it perfectly clear that reproductive rights are at the top of their agenda. Melinda gave an interview to the New York Times that was later covered in the Huffington Post. The Post story explained that Melinda confirms that the couple buys into the Planned Parenthood jargon—hook, line, and sinker. According to the article:

Every dollar spent on family planning, according to the organization, can save governments up to $6 that can be allocated for improving health, housing, water, and other public services.

But at the core of Gates’ mission is the need to remove the “c-word” from the topic altogether.

“People need to remember that empowering women to determine their future should not be controversial, no matter where you are,” she [Melinda] told Schnall. “The polls show 99 percent of American women and 98 percent of married Catholic women use contraceptives—there is clearly support out there for women everywhere to have options available to them.”

In addition, the Gates Foundation sponsored an abortion-centered workshop in Ethiopia recently.

On the agenda for the family planning conference in Ethiopia are sessions titled “Efforts to Implement Policies that Expand Access to Safe Abortion,” “Access to Safe Abortions,” “Abortion and Quality of Care,” and “Abortion: Before and After.” These feature representatives of the world’s top abortion providers—Ipas, Planned Parenthood, and Marie Stopes—as well as other pro-abortion groups.

Abortion is also the topic of two of the five poster exhibits and several “topical roundtables,” including an Ipas-chaired discussion promoting the World Health Organization’s problematic guidelines on how to do abortions.

A key aim of the conference is keeping pressure on national governments. Gates’ campaign partners, such as Planned Parenthood and Population Action International (PAI), have promised to increase their advocacy to keep money flowing from donor and recipient countries. A “lot of our work in sub-Saharan Africa is really around holding those country governments to account” for their pledges, said PAI’s president.

Astounding though this may sound, the truth is that, for the Gates Foundation, like so many others in the population control business, the theory that it is charitable to make sure that poor families do not have babies is a primary incentive. Not only that, but such attitudes extend to the concept that if a needy woman does experience a pregnancy, the baby should not live to be born.

Studies of the American abortion experience bear this out, if one believes the propaganda of those supporting abortion. For example, one study found that “women who attempted to get abortions, but were denied, are three times as likely to fall into poverty than those whose efforts were not blocked.” And there are global studies as well that attempt to make the same point. Sadly, far too many view abortion as nothing more than a right of women that must be available no matter what the cost to the human family and to society as a whole.

There is much more that could be said about the Bill and Melinda Gates Foundation and its allies, but the primary concern for pro-life Americans should be this:

If indeed Bill and Melinda Gates are driving the billionaire club’s bus, just exactly what is the agenda going to be in the future? A scenario that could involve population control as the world has never seen it before is not beyond imagination.