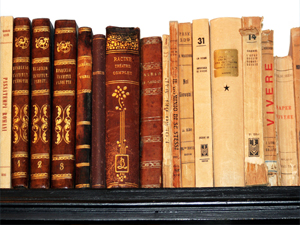 Dr. Frank J. Coppa is a history professor at St. John’s University and has authored a number of books on the history of the papacy. Readers of his latest work on Pope Pius XII may wonder if he produces any new evidence supporting the allegations of silence by this pope in the face of the Holocaust during World War II.

In my opinion, Coppa reveals no new earth shattering revelations, though he does point out that Pope Pius XII followed the example set by Pope Benedict XV during World War I. Pope Pius XII feared that Hitler or Mussolini could use any strong remark he might make against them or their policies as the impetus to invade the Vatican. He had already broken the Lateran Treaty of 1929, which prohibited the Pope from being involved in favoring one nation over another in any dispute, by speaking out against the Nazis to the extend that he did. This work shows he spoke out with as much force as he dared, lest he cause more harm to Catholics and others persecuted under Hitler’s regime.

Consequently, Pius XII stayed neutral and diplomatically impartial during WWII. He knew that if his comments were not made in restrained, diplomatic language that many would suffer as a result. He walked the delicate tight rope of impartiality in order to protect Catholics, the Vatican, and others already suffering under Hitler’s tactics. There is evidence that even when Pope Pius XII spoke out using diplomatic language that Hitler and his allies would become enraged. Coppa points out that Hitler had plans to kidnap Pope Pius XII and other Church leaders but this plan was thwarted.

Venerable Pius XII was honored and revered by Catholics and Jews alike for his actions during World War II. Unfortunately, after his death Communist slandered him, causing many people to believe the lie that he did little to stop Nazi atrocities. Pius XII’s cause for canonization was slowed as a result but not totally stalled. I recommend The Policies and Politics of Pope Pius XI to those interested in Pope Pius XII, World War II and the Holocaust.– Br. Benet Exton, O.S.B., St. Gregory’s University, Shawnee, Oklahoma.

Three Books on the Civil War

This is the first in-depth researched book on the August 21,1863 Massacre that took place at Lawrence, Kansas. Paul Petersen presents his findings from first hand accounts from a variety of sources. He also discusses events leading up to the infamous massacre of Jayhawkers by Confederate guerrillas, under the command of William Clarke Quantrill.

Jayhawkers were marauding bands of anti-slavery, pro-Union guerillas that coursed throughout Kansas and Missouri during the period of the Civil War. Bushwhackers were similar, but sympathetic to the South. Both groups were lawless and engaged in robbery, arson, murder, plunder and the like.

Most of this book discusses why Confederate guerrillas, under the command of William Clarke Quantrill, conducted a surprise attack on the Jayhawkers and their supporters in Lawrence Kansas. The book includes many black and white illustrations from the time period. It is well written and exciting. I highly recommended Quantrill at Lawrence to those interested in the Civil War that took place in Kansas and Missouri. — Br. Benet Exton, O.S.B., St. Gregory’s University, Shawnee, Oklahoma.

Paul R. Wylie presents the biography of the Irish born Union General Thomas F. Meagher. Meagher, an Irish patriot who was against the British rule of Ireland, was exiled and imprisoned in Australia. He escaped to the United States and became a leader of the Irish freedom movement in the United States. When the Civil War broke out he organized men into the Union Army’s Irish Brigade, which he eventually came to command as a brigadier general. He was present at many of the early, famous battles of the Eastern Theater. After the war he became the acting governor of the Territory of Montana.

Meagher was a devout Roman Catholic even though he disagreed with some of the clergy. Wylie relates the many ups and downs of Meagher’s life. There are numerous black white illustrations and maps included in the book. I highly recommend The Irish General to those interested in Irish American history and the Civil War.

Mary Surratt became the first woman to be executed by the Federal government. She was accused and convicted of being an accomplice of John Wilkes Booth, the man who assassinated President Abraham Lincoln. This book was made into the movie The Conspirator and was directed by Robert Redford.

Surratt was a Confederate sympathizer from Maryland whose son, John, was a Confederate spy. John, along John Wilkes Booth and others planned to kidnap and assassinate Abraham Lincoln. Mary Surratt’s boardinghouse in Washington, D.C. was the place where the planning for the crimes took place. Larson shows how Surratt’s trial was a farce. Larson also shows how Surratt’s lawyers did not do all that they should have for her cause. The Assassin’s Accomplice

This book is a meditation on the Twelve Steps spirituality and the Christian Gospel presented by Franciscan Father Richard Rohr. The  source for this book is Rohr’s work of the past twenty years with people in recovery from addictions. Each of the Twelve Steps is explored in a separate chapter.

Rohr presents one of the steps then follows it up with Scripture quotes that support the step. He then ties it all together in the epilogue, where he reminds readers that God’s love and compassion are present to all who work a Twelve Step program. This book should be read in a reflective way and not rushed. Breathing Under Water is highly recommended to those working with Twelve Step programs. – Br. Benet Exton, O.S.B., St. Gregory’s University, Shawnee, Oklahoma.