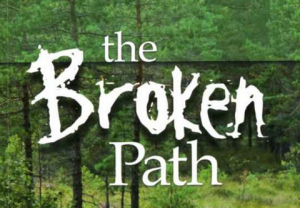 I opened my mail and found a review copy of The Broken Path: How Catholic Bishops Got Lost in the Weeds of American Politics by Judie Brown. I decided I was probably too busy to even read it.

Three chapters into it, I felt I had no choice but to write a review. When I gave my gift of writing back to God many years ago, my first book was a guide for passing on the Catholic faith. Judie’s book is about having the guts to live out that faith without hiding behind situational ethics. She has the courage to scrutinize the Church she loves by holding it up to Catholic ideals. Her criticisms are only directed at those who do not love the Catholic faith enough to teach without compromise. She contends that failure to do so is hurting our society.

As the president and co-founder of the American Life League, the largest Catholic pro-life organization in the United States, Judie has witnessed the political intrigue among laity and leaders served up as excuses to lower the bar of Catholic morality. Although some would label Judie a radical, she would likely prefer to merely be called a Catholic– expecting that such a label means something.

There lies the problem that Judie addresses. “It is obvious that something quite disturbing has happened to Catholic identity in the United States,” she writes. “Today it is nearly impossible to distinguish the Catholic American from any other American.” Judie claims that as Catholics in America, our primary goal should be to stand firm on the truths of Jesus Christ and not embrace worldly values that dilute it to the point that sin is painted as a virtue.

Judie wants the name “Catholic” to mean something and not everything or anything. Two popes have recognized Judie’s rock solid Catholicism, having been appointed by both Pope John Paull II and by Pope Benedicts XVI to the Pontifical Academy for Life. Identifying Catholic clergy as part of the Catholic problem at first made me wince. Bishops and priests, after all, are representatives of Christ. Judie acknowledges it’s not considered a polite tactic. “I have been told that, when we lay people make a public point of suggestion that the Church law in question should be obeyed, we are acting in disrespect and doing nothing but creating an unwelcome disturbance.”

But Judie’s criticism is not the hateful gruel of “Ha, ha, look what the priest did,” but rather, “Come on dear clergy, be Jesus and keep us on the Catholic path.” In my own past, I experienced first hand the damage a priest can cause when trading Catholic values for secular ones. “It’s not realistic to expect couples to follow the Pope’s teaching on birth control,” our parish priest who also worked as a doctor once told me. One vasectomy later, we learned the danger of assuming all clergy represent Catholic teaching. We are eternally grateful that the truth was discovered and the error was reversed soon enough so as not to miss welcoming four more souls into our family.

The Broken Path was written before the current war over the HHS Mandate—the Obamacare regulations that requires Catholic employers, hospitals and schools to provide health-insurance coverage to their employees that pays for sterilization, birth control and “morning after” pills. Yet, it presents the path that has perhaps bolstered the administrations confidence to believe that Catholics would ultimately go along it. It also is a call to Catholics to step out and say: Enough and no more!

The book’s message reflects the sentiments that Pope Benedict XVI gave Catholics last January 19 in an address to a group of American bishops visiting the Vatican. EWTN News reported that the pope was particularly concerned with “certain attempts being made to limit that most cherished of American freedoms, the freedom of religion.” He stated, “It is imperative that the entire Catholic community in the United States comes to realize the grave threats to the Church’s public moral witness presented by a radical secularism which finds increasing expression in the political and cultural spheres.”

Through the union of all U.S. bishops working together against the mandate, there is a surge of unity and leadership, yet it is only a beginning. The Broken Path explains the history that led so much of our laity to become weak and uninformed. She covers a wide array of issues that have hemorrhaged away our strength, from health care and Catholic schools to politics and a lack of teaching on birth control. It is not an easy read in terms of facing problems, yet it is a good read. It is good to understand how we got where we are today. And just as disappointing decisions and behaviors among our priests and bishops are reported on, so too are stories of courage and heroism.

There is Always Hope

Readers are not left feeling hopeless. The end of each chapter offers encouragement and suggestions on ways to strengthen our beloved Church. “Catholics are called to faith and reason,” Brown writes. “One place to start is by supporting seminarians of character and seminaries of good repute in the spiritual formation of our future spiritual leaders.”

We also read of good news within our Church such as the increase in priestly vocations. “Examining the United States’ upward trend when it comes to young men who are responding positively to priestly vocations, it is realistic to say that where inspiring bishops and holy vocation directors are found, a dramatic increase in vocations will also be found.”

Judie Brown is black and white on issues and that means that she is not without controversy and detractors, particularly on the abortion issue. Legislation that reduces abortion still does allow it so such compromise is not in her vocabulary. And yet, other dedicated pro-lifers often disagree, arguing that if backing imperfect legislation reduces abortions then it is best to support such bills than fight against them.

Judie’s love of the Catholic Church is without compromise. In the book’s closing she writes, “Teach your family members, your friends, and your enemies what it means to be Catholic by the way you live your life. Speak about your love for Christ and the teachings of the Church that brighten your life even when they are a challenge.”