In ample time for men to assess the romantic terrain before Valentines Day, the Style section of the Washington Post offered an article by Donna Britt, which begins:

Like our love, women’s anger — the simmering rage toward our families, our mates and assorted males that can turn even the calmest woman’s expression into The Death Look — is always there. Even when it’s the last thing on our minds. 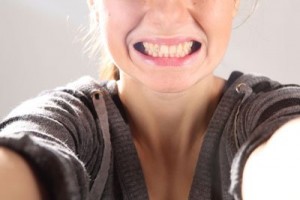 Those who dare tread further will discover that [most?] women are tired of performing mundane tasks, tired of being expected to clean up, tired of caring for others and tired of being taken for granted. Lest you think that you’ve stumbled into a time warp, yes this article is dated 2012 and women are still welling up with tears upon being reminded that they are counted on for “scheduling babysitters, planning play dates,… supervising homework, handling discipline… [and]keeping the household together” [a portion of Michelle Obama’s remarks at a campaign event].

Haven’t they been promised something more by the feminists? While many held onto a pipe dream that from board rooms to laundry rooms, the work of the world would suddenly be split 50-50 between men and women, it hasn’t happened. Furthermore, the new landscape is difficult to navigate, according to one young mother.

“Women who grew up after the women’s movement wanted careers, to be strong individuals before partnering up. And we are that independent woman—outside the home. But in our family relationships, that power is lost… We hate admitting… how we just give in and do whatever’s asked of us… I am tired of acquiescing.”

And then, according to the columnist, on her face settled: The Death Look.

Millions of Death-Look-wearing women ask, “What can I do?” yet few embrace the obvious answer: “Stop!” Stop with the cleaning, the arranging, the cheerleading, the shopping, the whole relentless shebang. Some who do stop see their homes’ disarray devolve into a chaos that’s unbearable—for them, not their families.

Ms. Britt noted that she was far more appreciated for her writing than for the work she did in the home, the hidden things that made the family comfortable. She was angry much of the time because she was expected to earn her way—and to keep order among the people in her life. “Doing it all” was translating into “mounting rage” at the unfairness of it all.

Although every woman understands her plight—and has felt that Sisyphus-like feeling that all is for naught—let’s consider the Catholic response.

Women Are Entrusted with the Human Person

Part of the feminine genius is the ability to intuit the needs of the people around us. We are acutely sensitive to moods, to the untapped gifts and the deepest desires of our loved ones. Sometimes we are in a position to do something about those things, sometimes we’re not. It is wrong to be angry that others don’t sense things as we do—if God entrusts us with an insight, then more than likely he’ll entrust us with the wisdom as to how to proceed. The gift of insight may be shared with others, but we cannot then control the responses of others, any more than they should control us. Isn’t that just what is feeding the simmering resentment in these women?

Thus, when we consider what we’d like to do for our loved ones, we should also consider our finite abilities. That means, if we choose to offer a child ballet lessons, we should consider our own resources for transportation, washing the leotards, and the cheerleading native to supporting any child’s endeavors. Perhaps if we cannot manage those without a weekly breakdown, then the child can live without dancing. The same goes for robotics, chess team and soccer. Usually it is the mother who overbooks and then goes crazy with her frantic schedule. If you cannot give the time in peace and generosity, then don’t offer such things. A gift of self is a gift, not a dramatic martyrdom rigged to slay others along with you.

Women are Attuned to Their Sanctuaries

No matter how fairly chores get divided, women are attuned to the needs of human persons in a way that men are not. This isn’t a cultural construct but a biological truth. A gaggle of [male]sports enthusiasts could hunker down in the shabbiest of dens with layers of debris, but as long as there was sustenance and a screen, they wouldn’t notice a thing. Call it compartmentalization or a laser-like ability to focus, most men simply don’t care about aesthetics at such times.

The author of the article on rage tells a story:

I remembered a morning that I pulled myself out of a juicy writing stream to make fresh coffee. Filling the coffeemaker, I noticed the dishrag was filthy and thought, “Gross — better wash a load.” On my way to the laundry, I spied some dishes covered with half-eaten food. Scraping them, I heard the phone ring. Damn. By the time I turned on the washer, 40 minutes had passed — and I’d internally listed the sins of every male — my boys, my husband, the dog, God — who had a hand in the bedlam.

As Ms. Britt does note later in her piece, most women are hard-wired to multi-task and tidy their nest (while realizing that there are an infinite variety of standards). We can also relate to her anecdote—and can probably top it, especially those among us with the larger families. While we have little choice in cleaning such things, we do have a choice in our response.

There might be gratitude for the computer that made telecommuting possible, the washer, the coffee pot, food, running water and phone. There may also be a whisper of thanks for the healthy bodies who piled out of the house on their way to work and school. How well I recall stumbling about, shivering and bleary-eyed during those middle of the night tasks—either changing diapers or running toddlers to the bathroom—reminding myself to be grateful for the fully-functioning kidneys in my well-fed children. How many mothers keeping watch in hospitals or hovels would have loved my suburban life!

Like the boy shoveling piles of manure in the joyful hope of finding a pony, we must look for the silver lining to our clouds. Even the mountains of sweaty gym clothes rotting in the bag signify a certain wellness and affluence that others might envy. It’s all in what you choose to see.

What Do We Value?

Most importantly, though, the rage that the author thinks is so prevalent among modern women is a product of their own feminist leanings. In other generations, when paychecks weren’t status symbols and titles weren’t avenues to self-esteem, the care of the home was considered a valuable contribution to society. Women took a healthy pride in disciplined children, a husband with clean shirts and a well-swept hearth. They also noted and admired these things in other women.

It was the contemptuous feminists forty years ago who sneered at such accomplishments, who derided women for tending to their families and scoffed at home-making as a valuable pursuit. And yet, in all the intervening years, people have not stopped eating, soiling their clothes or reaching out for affirmation in the world—can they not see the obvious? Who will do these things in the absence of women? The human person hasn’t changed—nor has the woman’s attentive heart. All that has changed is the value that the wider world places on such humble, essential tasks, and this is because of decades of abuse by spiteful deconstructionists.

They are now reaping what they have sown. The author looks for a reason behind the anger, and discovers that there’s more than just a “Death Look.”

Other weapons in women’s anger arsenal include sarcasm, shouts, slammed doors, withheld affection and sex, brooding silences and, rarely, physical violence. Because the intensity of these responses is often out of proportion to the actions that inspire them, I’m convinced women’s fury can be traced to the centuries of oppression they’ve endured.

Well, maybe. Such things can be discussed for a very long time, but thankfully the Church makes sense of this fallen world and offers a path to peace. Realizing that life before The Fall is the model—wherein the communion between man and woman was rich, and deep and fulfilling—our response must not be such rage, but service for the good of the other.

Only in selfless love will we find our own selves, and only in imitation of Christ’s sacrificial oblation will we find tranquility. Perhaps you can begin offering these little Valentines—these humble gifts of self—on a daily basis, for it is in giving them with absolute sincerity will you receive the greatest reward.