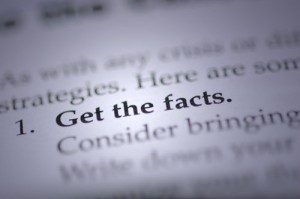 If you read the emails and tweets coming from abortion-rights members of congress and pro-abortion feminist groups you have probably heard that Senator Blunts amendment will prevent women from obtaining contraception. International Planned Parenthood Federation (IPPF) claims making birth control inaccessible is by male design to set us back to the dark ages when there were no women in Congress or women CEO’s of Fortune 500 companies, – no, I didn’t make that up.  Pro-aborts are hysterical over the the Blunt Amendment, #1520 the Respect for Rights of Conscience Act, which could be the first amendment voted on when the Senate returns to the transportation bill.

Below is fact and fiction on the Respect for Rights of Conscience Act:

THE CLAIM: Senator Blunt’s amendment would allow anyone to deny coverage of any health care for any reason. It would take    us back to the medical dark ages.

THE FACTS: This is unequivocally false. Senator Blunt’s amendment simply restores conscience protections that existed before President Obama’s flawed health care law – the same protections that have existed for more than 220 years since the First Amendment was ratified.

THE CLAIM: Any employer can deny coverage of specific items under Senator Blunt’s amendment – whether faith-based or secular.

THE FACTS: Senator Blunt’s amendment would not impact existing state laws, and it does not address any other law other than President Obama’s flawed health care plan.

THE CLAIM: There is no precedent for broad conscience protections like ones that the Blunt amendment would enact.