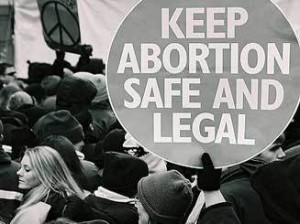 The World Health Organization (WHO) is devoting much staff time and resources to promoting the legalization of abortion around the world. in fact, it has just come out with a new “how-to” manual entitled Safe abortion: technical and policy guidance for health systems. The stated goal of the manual is to educate practitioners on “safe abortion” procedures and to advocate ways to “reduce unsafe abortion” around the world.

Before we go any further, please understand that “safe abortion” is a code word for “legal abortion,” while “reducing unsafe abortion” means “overturning laws that protect unborn life.” The abortion-minded do not hesitate to distort the English language to make their project sound beneficial to women and innocuous to the taxpaying public.

The WHO major partner in crime is the Working Group for the Prevention of Unsafe Abortion of the International Federation of Gynecology and Obstetrics (FIGO). The chairman of the Working Group, Dr. Anibal Faúndes, collaborated with WHO in developing the new abortion manual, and is now assisting in its promotion.

So what does the manual actually say? First, it urges that abortion be legalized everywhere without exception or restriction. Second, it seeks to ensure that women have their choice of a wide variety of “safe and effective methods of abortion”. Finally, it advocates that countries be provided by donor agencies (such as USAID) with all manner of abortion equipment.

Let me give you an example of what I mean. WHO includes misoprostol and mifepristone on their updated List of Priority Life-Saving Medicines for Women and Children. It describes these drugs as necessary “for the provision of safe abortion services.”

Misoprostol does have legitimate medical uses. It is a prescription drug commonly used to treat stomach ulcers and hemorrhage following miscarriage or birth. But here WHO is talking about using it to perform abortions. When taken during pregnancy in combination with mifepristone, misoprostol can cause a miscarriage.

In many countries around the world no prescription is necessary to purchase drugs. Misoprostol can be purchased at any local drug store. This means that even in countries where abortion is illegal, it is easy to buy an abortion-inducing drug. In South America, for example, abortion hotlines have been set up which advise women how to begin an abortion on themselves by taking a combination of misoprostol and mifepristone. “After you start bleeding,” a recorded voice tells the women, “go to a hospital and claim that you are having a miscarriage. The doctors will be forced to give you a D and C, ending your pregnancy.”

This is one way that “safe abortions” are occurring even where the law prohibits any and all abortions. By advocating the use of such drugs, the WHO is not only not protecting the health of unborn children, it is putting the lives of women at risk as well. Abortion, we now know, is more dangerous than childbirth.

How ironic that an organization that was founded to improve health—the World Health Organization—has now stooped to promoting programs and procedures that place the lives and health of women and children at serious risk. Why not open quality clinics that provide women with good prenatal care?