Trending Now
You are at:Home»Featured»The Control Freak’s Guide to Happiness
By Trent Beattie on September 2, 2013 Featured, Live in Christ 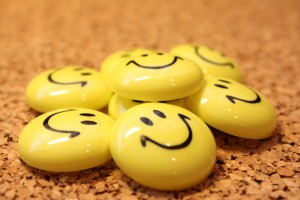 Years ago, a caller asked a radio host what to do regarding her father. He wasn’t around while she was growing up, and his absenteeism hadn’t changed now that she was an adult. Despite his caring words on the phone, he wouldn’t actually follow through by visiting his daughter in person. The distraught daughter called in and wanted to know what to do.

What the host said shocked me.

Instead of assuring the caller that her father loved her, but that he had his own problems to deal with, the host declared bluntly that the caller’s father did not love her. Huh?  I wondered how someone could say something so unkind, and in such a public manner. Yet, the more I thought about it, the more I came to realize…it was true.

If the caller’s father really loved her, he wouldn’t just say nice things; he would actually do something. We’re told in Matthew 21 of two sons: one who said he would not work in the vineyard, but later did; the other who said he would, but did not. Despite the second son’s affirmative words, only first son did his father’s will. Jesus summarizes the whole concept succinctly in John 14:15: “If you love me, you will keep my commandments.”

So, the caller’s father did not actually love her. Yet, as bad as that sounds initially, that wasn’t her real problem. Her real problem was that she continued to expect him to love her. When her expectations were cruelly opposed again and again, she would feel renewed pain. The remedy to this pain was to accept what the host said: her father did not love her. Once that acceptance took place, she would be freed to deal with whatever happened or what didn’t happen.

Venerable Fulton Sheen commented many years ago that “Nothing creates a vacuum like wanting to be loved. To demand love is to lose love. A selfish heart creates its own vacuum.” By insisting on someone treating us in a certain way, we almost guarantee our own unhappiness, because we’re setting up an artificial standard that we do not have control over.

Before anyone gets the idea that this is stoicism or fatalism, take a look at another insight from Sheen: “Contentment has no kinship with fatalism, which refuses to plan or act [out of]the belief that nothing can be altered.” He further explained, “We do everything we can, as if all de pended on us, but we trust in God as if everything depended on Him. The talents we have must be put to work, but if they yield only a certain return, we do not murmur because the return is not greater.”

We do all we can to achieve our goals, but we don’t place our happiness in the attainment of those goals. We realize that happiness is not a matter of getting things, but of giving our best effort along the way, and accepting everything as a blessing from God. Then we become control freaks in the best sense of the term: We are in complete control of our happiness, because we don’t let people or things outside us determine our outlook on life.

The answer to the all-important question, “How do I find happiness?” is simply, “Stop looking for it.” The slightly longer answer is, “Stop looking for it where it cannot be found. The one and only place where happiness is ultimately found is in God. Nothing short of the infinite will bring about true happiness, and the way to gain God is by letting go of everything else.”

Sheen taught that “It is one of the paradoxes of creation that [we]gain control by submission.” When we stop trying to dictate to God what His laws should be, and when we stop trying to control the actions of others, we gain real control over our lives, which makes true happiness possible. Sheen has more to say on this topic in the newly-released book called Finding True Happiness. It is a short, simple, and salutary work that everyone, Catholic or not, would do well to read.

In addition to assembling Finding True Happiness, Trent edited Saint Alphonsus Liguori for Every Day. He is also the author of Scruples and Sainthood: Accepting and Overcoming Scrupulosity with Help of the Saints.