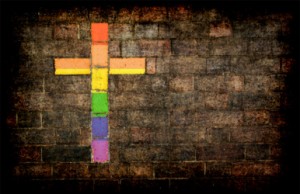 President Obama’s recent statement on gay marriage has again thrust his religious views onto the front pages. In defending his position, Obama stressed that he and his wife were “practicing Christians” and that his stance was supported by Christ’s teaching of the Golden Rule.

Since his quest to win the U.S. Senate seat from Illinois in 2004, Barack Obama’s faith has provoked controversy. In that campaign, his Republican rival Alan Keyes—a black Catholic—accused Obama of stressing his faith only “when it’s convenient to get votes.” When faith must be followed, explained, and serve as a basis for policies, Keyes protested, Obama pled the “separation of church and state”—a concept that was neither constitutional nor scriptural. “Christ would not vote for Barack Obama,” Keyes asserted, because his behavior was so contrary to that of Christ’s.

These charges prompted Obama to reassess how his faith related to his approach to politics. He concluded that his typical responses to Keyes’ criticisms—that “we live in a pluralistic society” and “I can’t impose my own religious views” on others—had been inadequate.

By 2006, Obama had decisively changed his tactics. At the Sojourners/Call to Renewal conference,he chided Democrats for refusing to talk about religious values out of fear of offending people or belief that religion had no role to play in the public arena. Ignoring “the power of faith” in the lives of Americans was “a mistake.” Obama urged Democrats to discuss “how to reconcile faith with our modern, pluralistic democracy.”

Obama called the contention that people “should not inject their ‘personal morality’ into public policy debates” a “practical absurdity.” American law, he argued “is by definition a codification of morality, much of it grounded in the Judeo-Christian tradition.” “Secularists are wrong,” Obama asserted, “when they ask believers to leave their religion at the door before entering into the public square.”

During the 2008 presidential campaign, Obama strove to win the votes of religiously-devout Americans by providing a biblical basis for his policies on poverty, healthcare, immigration, and other issues. He urged citizens to “heed the biblical call to care for ‘the least of these’”—America’s poor—by expanding the Earned Income Tax Credit, increasing the minimum wage, and supplying universal health insurance.

During the campaign, Obama’s relationship with Jeremiah Wright (who pastored the United Church of Christ congregation Obama had attended in Chicago for twenty years), the widespread misperception that Obama was a Muslim, and his stances on abortion and homosexual rights called attention to his religious beliefs and created controversy.

As president, Obama has frequently testified to his Christian faith, most notably at four National Prayer Breakfasts, and linked many of his policies to biblical teachings. Contrary to the wishes of many of his supporters, he has also continued George W. Bush’s Faith-based Initiatives.

Obama’s rhetoric and actions have led to conflicting claims about his presidency. John Fea, a history professor at Messiah College, recently labeled Obama perhaps the “most explicitly Christian president in American history” because of his extensive citation of the Bible and copious references to Christian faith. Fea stressed that Obama regularly read the Bible and prayed, was being mentored by evangelical pastors (most notably Joel Hunter, Kirbyjon Caldwell, and T.D. Jakes), accentuated both faith and works, urged Americans to follow God’s command to love our neighbors as ourselves, and strove to build the kingdom of God on earth.

Glenn Beck’s criticism of Fea’s op-ed on his show brought the history professor hundreds of scathing emails and elicited numerous rebuttals. The response of well-known conservative activist and author David Barton was especially caustic. Barton denounced Obama as the “Most Biblically-Hostile U.S. President.” Barton supplied dozens of examples to support his contention that Obama has engaged in acts of hostility toward people of biblical faith, violated biblical values, and given preferential treatment to Islam.

Meanwhile, in an op-ed in the Los Angeles Times, Mitchell Landsberg correctly observed that Obama has been both “praised—and pummeled—on matters of faith.” “Few presidents,” he added, “have spoken more often or more articulately about their religious beliefs” or been so censured by some religious groups because of their policies.

Obama has been reproached for not attending church regularly, praising Islam and the Qur’an, requiring religiously-affiliated institutions to provide coverage for contraception, and his policies on abortion, gay rights, stem cell research, and ministerial exemptions.

Because of continued confusion about his faith (45 percent of Republicans in Alabama and 51 percent in Mississippi identified him as a Muslim in recent polls), conservative charges that he is waging war against religious groups, and substantial concern that some of his policies contradict either biblical principles or long-standing American religious freedoms, Obama’s faith and religious issues are very likely to be a major issue in the 2012 presidential campaign.