Trending Now
You are at:Home»Featured»The Death-Haunted Art of Friendship: Part IV
By Eve Tushnet on November 21, 2012 Featured, Live in Christ 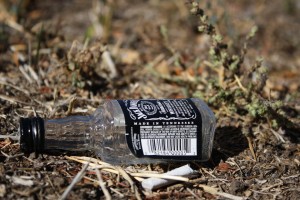 “And nothing you can say or do will stop me,
And a thousand dead friends can’t stop me…”
–Mountain Goats, “All Up the Seething Coast”

Dan Barden, author of the excellent noir tragicomedy The Next Right Thing, described part of the inspiration for the novel by saying, “What I know about Alcoholics Anonymous is that it’s very much about caring about people you shouldn’t care about. A.A. was started when this stockbroker [Bill W.] from New York went to Ohio on a business trip. He was afraid he was going to drink and so he started calling people and saying, ‘Listen, who’s the worst alcoholic here?’ And they said, ‘This guy Dr. Bob’s really bad,’ and Bill said, ‘Okay, I want to talk to him.’ His solution was that he could help himself with his own alcoholism by helping a hopeless person. So in some ways, recoveries from alcoholism can be said to be about choosing poorly in your friends.”

The classical authors on friendship would probably disapprove. St. Aelred of Rievaulx dedicated a stern passage of his great work Spiritual Friendship to teaching people how to choose friends wisely. Bad friends drag you down, make you complicit in their sins, tempt you to rely on them and reveal painful truths to them only to let you down and hurt you. The more seriously we take friendship as a form of deep and even sacrificial love, the more we need to consider how we choose our friends—just as we’d consider how we choose a spouse. Barden, by contrast, suggests an image of a man waking up in a trashed motel room in Vegas, with a splitting headache, and the sinking feeling that he may have just made a friend.

And yet Barden’s description is one of the sunnier accounts of the intersection of friendship and addiction. In the world of stumbled-into friendships he describes, friends can still help pull one another out of the depths of hell. Friends can be lifelines. Most of my friendships are the kind Barden describes.

A lot of writing about addiction casts friendship in a grimmer and sadder light. Much advice-style writing about addiction notes that you’ll probably lose friends when you quit drinking or using. St. Aelred might gently suggest that these were “carnal friends” and thus never really friends at all, but if they’re all you’ve got, it still hurts—more so if you guessed wrong about which friends were carnal and which were spiritual.

One reason why writing about addiction connects friendship and death is obvious: Addicts die young. Some memoirs, like Mary Karr’s Lit and David Carr’s terrific The Night of the Gun: A Reporter Investigates the Darkest Story of His Life—His Own, open with brief sketches of the ones who didn’t make it out alive. Carr even includes a newspaper-clipped obituary. Writing—including songwriting, as in Moxy Fruvous’ “Drinking Song” (a shaggy-dog drinking story, which ends on a hard low note)—can be a way of paying tribute and noting that the line separating the ones who survived from the ones who didn’t can be vanishingly thin. It can be a way of asserting, to a judgmental outside world, that the survivors aren’t any better than the departed.

But there are other roles the friendship-death connection can play in writing and art on addiction, which have elements in common with the art and theology of friendship we’ve explored in previous installments. The equality of friendship, the way friendship often grows based on similarity (unlike eros, which is electrically-charged by difference), can make one friend’s disaster an obvious spur for the other friend to change.

And friendship, because it is a form of love, can be the setting for several different kinds of guilt. There’s the guilt of dragging your friend down with you; the guilt of trying to change course too late; and the painfully common guilt of leaving friends behind as you get better. Maybe the best piece of art or writing about addiction I’ve ever encountered is the album We Shall All Be Healed, by the indie band the Mountain Goats. This album seems to move in very rough chronological order from the intense degradation of late-stage addiction, through the despair and self-defeat of very early recovery, and finally to a moving depiction of acceptance and surrender. Several of the early songs depict groups of people, sharing the youthful hunger of “Linda Blair Was Born Innocent” or the twitchy paranoia of “Letter from Belgium.” “Yeah we’re all here/chewing our tongues off/waiting for the fever to break.” But by the time we reach the last few songs the friends of bad fortune have fallen away. At least one seems to have died, and probably more; the ones who didn’t were left behind. The Mountain Goats have a new album out now, and the first song is called “Amy aka Spent Gladiator 1,” in honor of Amy Winehouse. It’s a poignant, insistently hopeful song, an exhortation to “stay alive/just stay alive.” But the singer adds, “Don’t hurt anybody on your way up to the light,” and while I would like that always to be possible, I feel like more often somebody gets left behind, somebody does get hurt.

When a friend dies, this guilt can no longer be discharged through the ordinary process of “making amends,” AA’s ninth step. Personal change is one way of keeping guilt from festering: After describing how an ambulance took away his friend, the narrator of “The Drinking Song” ends his story by noting dryly (so to speak), “I never drank again. Can’t really call that a loss or a win.” Catholics believe that we remain connected to the dead, and so prayer for the souls of the departed is another way we can try to make amends and renew love.

And art, as we saw in the first installment of this series, is one way we can make friendship continue to be real even after friends have been separated by death. This may be an especially powerful motivation for art when the friend who died was lost through our own inattention, perhaps slipping away while we were hunting for the mixers. Art can pay attention to the dead, and serve as a public penance. One of the most powerful portrayals I’ve seen of the way addiction makes you a bad friend is in Augusten Burroughs’s memoir Dry. He had a friend nicknamed Pighead, who stuck with him far beyond the call of duty. Pighead was HIV positive, and ultimately died of AIDS; and Burroughs wasn’t able to talk to him about it or be there for him, despite Pighead’s increasingly clear signals of raw need. It was as if he was trapped behind one-way glass. Pighead could see him, but he couldn’t really see or respond to his friend.

After Pighead died Burroughs found out that his friend had tried to help him one last time by leaving him a legacy, a reminder of their love and trouble: a golden pig’s head with the inscription, I’M WATCHING YOU. NOW STOP DRINKING.

Instead, watched by the pig’s head, Burroughs had a catastrophic relapse. But he eventually quit, and when he did, he was able to write his book, which serves as a tangible legacy of their friendship. It’s tempting to think that any friendship lost because of drinking or using was never a real friendship in the first place. Honoring such a friendship in art is an assertion that the friendship was indeed real—perhaps more real than you could ever have guessed.

Finally, art is a way to assert, against the comment boxes and the pious sighs, that the lives of addicts matter more than their deaths. While everyone else looks at your friends and says, “What a waste,” seeing lost causes or statistics or nothing at all, through artistic creation you can say that this person had an individual reality and full personhood. On that new Mountain Goats album, the one with the song for Amy Winehouse, there’s another ballad about some very messed-up people living together, waiting, not yet ready to hope. The lyrics go:

And just before I leave

I throw up in the sink–

By crafting art born out of love, surviving friends can hold the lives of their dearly departed up to the light so that the ink will darken—and never disappear.