Trending Now
You are at:Home»Featured»The DSK Saga is Emblematic of Many Things
By Genevieve Kineke on May 21, 2011 Featured, Women 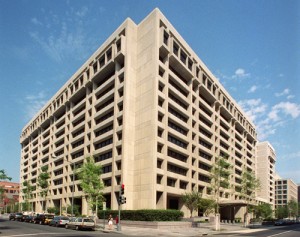 While much of the world has been alternately stunned and entertained by the saga surrounding the former head of the International Monetary Fund, let’s revisit a few basic facts. Dominique Strauss-Kahn was also the leading Socialist candidate poised to run against French President Nicolas Sarkozy. At the heart of socialism is its antagonism towards two things: private property and religion. Historically, socialists have worked diligently to secularize the public square, and their disdain for traditional morality is matched only by their contempt for the human person in the Divine image.

So now we have a powerful social architect who finds himself face to face with a poor servant. When charged with bullying her in a reprehensible fashion, he responded by saying that their “liaison” was consensual. The only thing left to exacerbate his vulgarity and her victimhood is his Amen Corner (mostly European) which has scorned her personally, further invaded her privacy by publicizing deeply personal details, and denigrated her gall in undermining his worldly prestige—how dare she!

In fact, many across the pond are tut-tutting American provincialism, in the manner of Socialist member of European Parliament, Gilles Savary, who noted, “Everyone knows that Dominique Strauss-Kahn is a libertine, and that he is distinguished from others by the fact that he doesn’t try and hide it.” The problem is “puritanical America, infiltrated by rigorous Protestantism,” which cannot deal with issues concerning “pleasures of the flesh.”

He is not alone in that charge, as Reuters’ Chrystia Freeland says it’s patently unfair to look at DSK’s history of debauchery and allow that to prejudice one’s opinion about his actions in this case:

But it is a grave and dangerous mistake, with particularly baleful consequences for women, to argue that Mr. Strauss-Kahn’s history as a seducer, including in the workplace, makes him a more plausible rapist — even if, in the end, he does turn out to be guilty. Yet that is what many of us are doing in the stunned aftermath to the Saturday arrest. The loudest culprits are an unlikely alliance of triumphant Anglo- Saxon puritans, feminists and the tabloid wing of the press.

Ah, yes, those who suggest that randy men are prone to disrespect women might undermine women’s great progress in the last forty years.  (More curious still is the alignment of puritans and feminists, but we’ll have to muse on that later.) While I am grieved by the injury to actual persons in this story, one couldn’t find a more illustrative morality play. Indeed, as each day passes, more people actually come forward to commend the accused for his hedonism sans apology, although evidently the “pleasures” he pursued were not always shared by the women he chased.

His previous victims have now found their voice, offering the media details of similar boorish encounters, and a loosely-held secret nickname, The Seducer, has boiled to the surface. Seduce means “to lead astray, as from duty, rectitude, or the like; corrupt.” Appropriately, it is also a name attributed to the Devil himself, given his success in corrupting Eve in the Garden of Eden.

Is America the problem, as Mr. Savary and Ms. Freeland suggest, despite the billions of dollars its citizens spend on pornography? Despite its seeming disdain for chastity and modesty? Despite the fact that its courts have increasingly ruled to suppress Christian symbols for fear they will offend? At present, what America does honor is the person before the law. Our system says that says the word of a chambermaid is taken as seriously as the word of an international banker. And for whatever struggles our society is having with sexual morality, in principle we believe that the pleasures of the powerful cannot come at the expense of the weak.

So ultimately we have two colliding world views which are undermining human dignity. Some societies idolize property and obsess about wealth; and others prize pleasure and hold contempt for virtue — and many places combine the two, despite their fawning tributes to the common man. Interestingly, materialists have a profoundly skewed approach to human value, only conferring personhood on those deemed worthy in their man-made constructs.

All told, sexual license is fundamental to socialism, and DSK’s behavior is entirely in keeping with his creed; hence his antipathy for the very institutions that uphold virtue — that safeguard the human person. Now if this intriguing drama could be plumbed for what it reveals about godless social constructs where many citizens are denied fundamental respect, then perhaps we might discover that Catholic ethics are the antidote for the appalling treatment of women on both extremes.